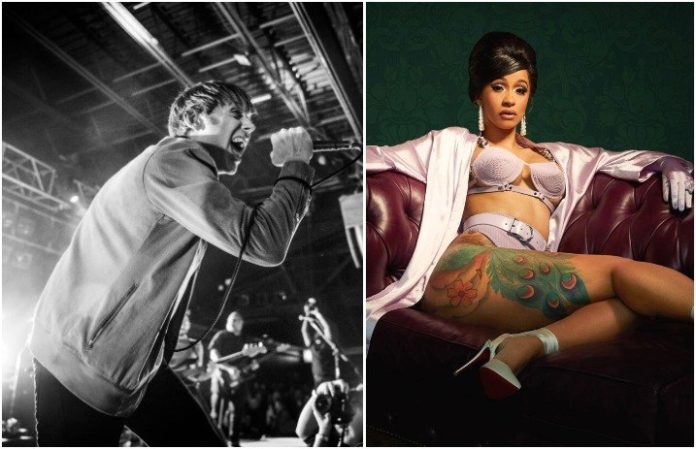 In a new interview, Cardi B shared how much she'll be making at Coachella. Hint? It's not a lot—and Thursday's Geoff Rickly isn't totally cool with it. (And neither are we.)

Read more: Here’s how you can watch PVRIS at Coachella—even if you’re not there

The rap icon just released her debut studio album Invasion of Privacy, and although she's one of the biggest names in pop culture at the moment, she'll only be making $70,000 each weekend.

While that might sound like a lot to the average person, it really isn't that much. Especially when you consider she's spending nearly $300,000 on her stage set.

“I have to invest so much of my own money that I have to go to Wells Fargo and write a check, that's crazy,” Cardi shares. “It's an investment.”

She explains that she was booked around six months ago, and though she wasn't as big of a draw back then, she did still have her hit single “Bodak Yellow.”

And Rickly agrees. “Just trust me: She should be getting high 6 figs—at the very least—for the two weekends,” he shares. “I know 'she'll be fine' but she deserves a lot more!”

Holy crap. I don't really know how to say this without sounding like some kind of humble brag. So just trust me: She should be getting high 6 figs –at the very least– for the two weekends.

I know “she'll be fine” but she deserves a lot more! Everyone loves Bardi! https://t.co/eV2aVh3yHr

Hear her interview in full below: