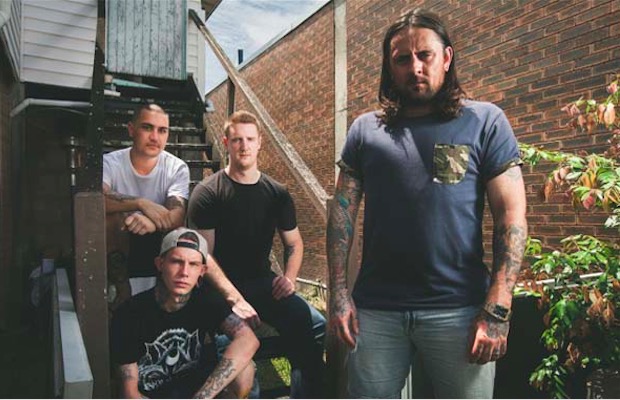 Thy Art Is Murder guitarist Andy Marsh sat down with Metal Wani to discuss updates on their new album, the return of vocalist CJ McMahon and the deathcore scene.

Listen to it all below.

In the interview, Marsh is asked if he sees the band experimenting in the future, maybe with McMahon doing clean vocals.

“That's one avenue that is definitely not open to our band. And not for any limitations in terms of ability. That's our own restrictions,” Marsh says. “If we wanted to start a band that was going to play a different genre of music or wanted to write music, we would have another band for that.”

Marsh answers the question at 9:25 in the video below.

Marsh also mentions that the new album is written, but it still needs to be recorded. He'd like to have the record out in 2017.

Guitarist Sean Delander and Marsh sat down together a couple months and wrote the record. Marsh also talked about the new music in terms of McMahon's return.

“When we think about our music, obviously, we think about CJ's voice singing over it. Having him coming back at the end of us writing a record makes us really excited,” he says.

He continues: “It's definitely exciting to know that we're going to get the sound that we want.”

The band officially announced McMahon's return to Thy Art Is Murder on Jan. 20 with a new song, called “No Absolution.”

What are your thoughts on clean vocals and deathcore? Converse in the comments.

Watch more: APTV Interviews ANDY MARSH of THY ART IS MURDER in London