The COVID-19 coronavirus pandemic has left countless people and businesses in tough economic circumstances and while various industries are arguing for government bailouts, websites like StubHub, Viagogo, SeatGeek or VividSeats who help keep ticket scalping around are looking for financial help.

According to Billboard, the National Association of Ticket Brokers are considering requesting a bailout and StubHub is backing out of their former refund policy to offer instead a 120 percent voucher for future concerts.

With the complete shutdown of large gatherings, countless businesses are being impacted. Entertainment industries have seen every event canceled or postponed for a foreseeable future.

Ticket buyers have been flooding StubHub with refund requests since the official pandemic announcement came a few weeks back. The company reportedly doesn’t have enough liquidity to honour these requests though. They were processing refunds for canceled events just like they previously did but are changing their policy.

Now, scalpers are sitting on useless tickets they planned on using to gouge people’s money. They’ve been hit so hard with requests that StubHub president Sukhinder Singh Cassidy offered a statement on the issue.

“Given the unique circumstance surrounding coronavirus, we’re offering an alternative option. If an event is canceled, you have the option to receive a StubHub coupon, valued at 120% of your original purchase, so you can enjoy an event of your choosing in the future.”

Now, that 120 percent voucher wouldn’t have been a completely awful idea but they’re also looking into a second option. To fix their situation, they’re seeing whether asking for a government bailout would be reasonable.

Gary Adler, executive director of the National Association of Ticket Brokers told Billboard recently they are talking to multiple ticket resellers about bailouts.

“The number of canceled events due to COVID-19, including some of the biggest that exist, has made it extremely difficult for those in ticketing (and live events in general) to stay afloat,” he tells Billboard.

Read More: This Twitter mix-up had 21 Savage fans thinking he had passed away

“We would like to see ticketing and live events put in the same category as airlines, hotels and cruise lines when it comes to applying relief. Right now, the ticketing industry is essentially at a complete halt with no end in sight.  Income for the people working in this sector and providing valuable services to consumers is essential and warranted.”

In StubHub’s updated policies, they highlight that “over 70% of customers opted to receive” the 120 percent coupon since changing the policy. They further say their policy is in line with other industries like airlines.

While that is true, the point seems to be going over their head. People aren’t taking vouchers because they want to but rather because they don’t have another option.

According to BBC, commercial flights have been tanking numbers while customers are frustrated with the vouchers being offered.

While a bailout isn’t completely off the books, an anonymous secondary market consolidator tells Billboard it’s unlikely. This time, ticket scalping companies might be screwed.

“Ticket brokers will do anything to protect their losses, even if it hurts the business long term. That will anger the politicians and make any kind of aid unpalatable,” they said. “And that’s too bad because they could use the help — there will be more cancellations in 2020 than the previous 30 years combined.”

Do you think companies like StubHub who help ticket scalping deserve government bailouts? Let us know your thoughts in the comments below. 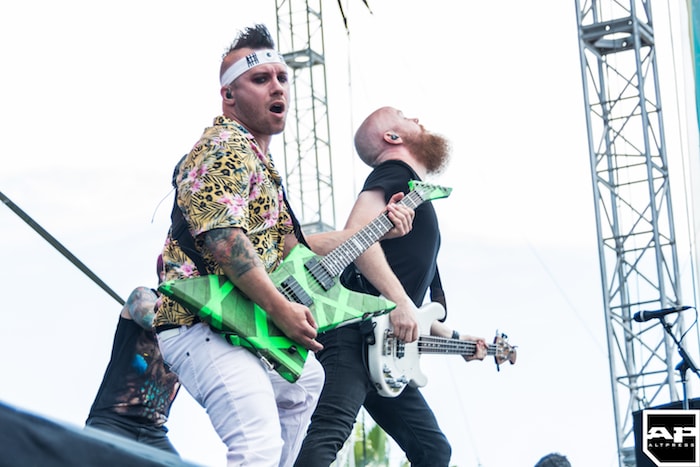