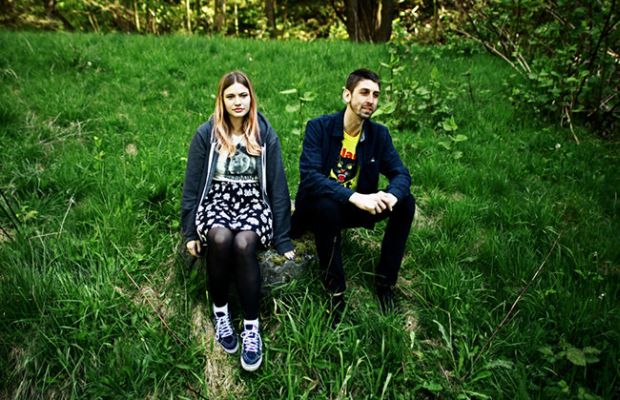 For Kevin Devine's ongoing series of split seven-inches—the cleverly titled Devinyl Splits—Tigers Jaw has teamed with the singer-songwriter to cover the Cure. After careful deliberation, both acts chose a song from the Cure's catalog and Tigers Jaw went with “In Between Days” from 1985's The Head On The Door. You can stream the band's fantastic and faithful rendition below (via Billboard).

Read more: 14 terrific two-pieces that prove duos do it better

In regards to their cover choice, vocalist/keyboardist Brianna Collins says, “When we were talking with Kevin about what to do for the split, one of the things he suggested was to cover different songs from the same artist. The Cure has been a band that I've always loved and I thought that we could both find songs that we could make our own. Admittedly I always gravitate toward love songs, and 'In Between Days' is one of my all-time favorites.”

Devinyl Splits No. 3: Tigers Jaw x Kevin Devine, which also features Devine's take on “Lovesong,” is up for pre-order now on dark red seven-inch vinyl through Bad Timing Records. It'll be available on September 11 but it's limited to 850 copies so act fast.