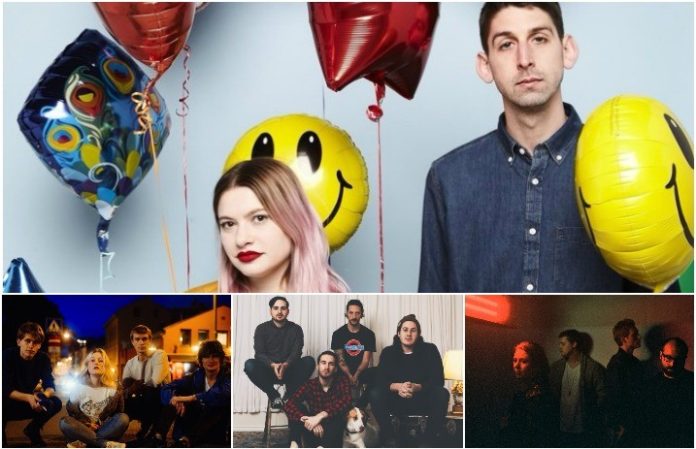 Catch Tigers Jaw, Toy Cars, DRMCTHR and This Patch Of Sky on tour—plus, watch new music videos from Eighty Ninety and Sløtface. Check out the news you might have missed today below!

Read more: A guy stole 53 phones in a mosh pit and hid them in a swimsuit

Touring with our friends @yowleryowler & @loomingband this winter, can’t wait! We are playing a lot of new places and cities we haven't been to in a LONG time. Tickets on sale Friday at 10am local at https://t.co/mjmLejoAEw pic.twitter.com/4GeDM9At7D

They’ll be hitting the road with Yowler and Looming, and you definitely won’t want to miss this one.

2. Eighty Ninety debuted the music video for their heartfelt anthem “Your Favorite Song.”

The track is the first single off their sophomore EP Bowery Beach Road, due out Spring 2018.

HELLO!!!! So stoked to finally announce we're hitting the road with our pals @DRMCTHRBND in January, please come hang with us ❤️ thank you @corporate_emo and @IAGBooking for being the dang best around. pic.twitter.com/LAQ2N14XJL

The bands will be kicking off the new year right by hitting up a number of dates along the East coast.

4. Happy. announced that they signed to Rude Records.

We are beyond thrilled to announce that we have signed with @ruderecords !!!! We are honored to be joined with such an incredibly hard-working and dedicated team to bring you our new music. We cant wait to show you all what we have in store. Here's to making 2018 Happy. pic.twitter.com/I9cQQJk0xK

“We are honored to be joined with such an incredibly hard-working and dedicated team to bring you our new music,” the band shared. “We can’t wait to show you all what we have in store.”

The track is taken from the band’s debut album Try Not To Freak Out.

We're doing a PNW run this February with our friends in @HOLY_FAWN �� pic.twitter.com/9rvVOeTbY6

They’ll be hitting a few stops in the Pacific Northwest with Holy Fawn.

The charity single will benefit those affected by the California wildfires.