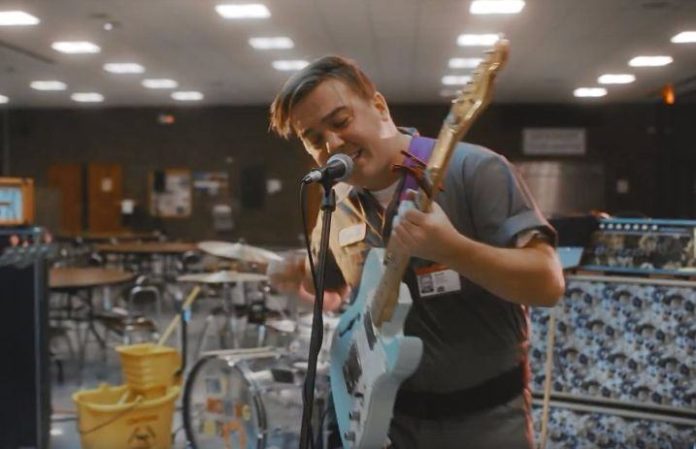 Calling all Tiny Moving Parts fans! The band have debuted a new song, “Caution,” with a heartfelt accompanying music video. (It features the band dressed as janitors—and it looks like loads of fun.)

Tiny Moving Parts announced that they’d be headed into the studio to start recording their fourth LP on the 2017 APMAs red carpet, and the track is hinting towards some exciting things to come…

Yep, we’re stoked. Give the video, directed by John Komar, a watch below!

The band released their third LP, Celebrate, last year and were nominated for “Best New Artist Music Video” at the 2017 APMAs.

What are your thoughts on TMP's new song? Let us know in the comments below!

Watch more: Mayday Parade, Broadside & more Play “This Or That?”