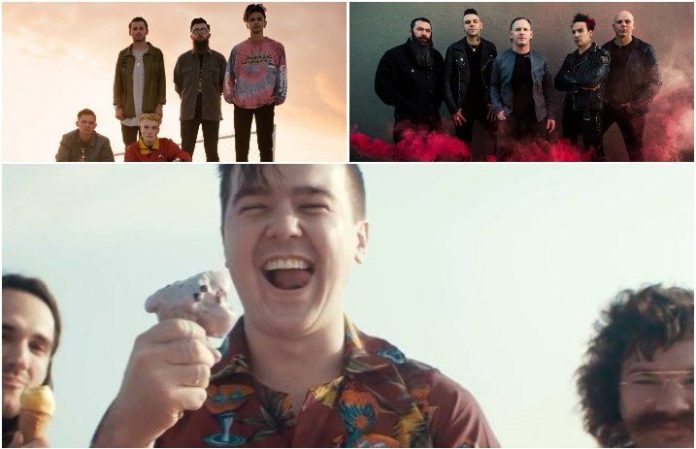 Hear a new song from Camp Hope—plus, catch Stone Sour on tour. Check out the news you might have missed today below!

Read more: Michael Bohn is no longer a member of Issues

The band teamed up with Dancing Gnome Beer for a “smooth and delicious” 5 percent pale ale, and it was actually featured in their “Applause” music video, which you can watch here!

Had so much fun in Europe last month. Can’t wait to head back in June. Find a show: https://t.co/xHyik2DsEJ pic.twitter.com/bRpuPgmL7A

The band will be headed back to Europe in June and July, and you can check out the full list of cities and dates below.

3. Neck Deep shared some of the exclusive merch that’ll only be available at tomorrow’s pop-up shop in Sheffield.

Exclusive merch only available at tomorrow’s pop up in Sheffield! Loads of old merch for super cheap and a £5 raffle for various bits including a guitar signed by the band �� pic.twitter.com/2VbQXrPdGn

Plus, they’re also teasing that they’ll have loads of merch for super cheap, and we just wish we could attend!

4. Metal Blade Records announced that they’ll be reissuing As I Lay Dying’s Frail Words Collapse and Shadows Are Security on vinyl.

Pre-order your copy now in the USA at: https://t.co/9qMbhm0xM1 pic.twitter.com/cgGrRvvyS2

They’ll be available Jan. 26 and are currently available for pre-order now.

Camp Hope’s debut album set to be released on Jan. 26.

“Don't Listen” is taken off the band's debut album Nothing To Write Home About, which was released May 2017.