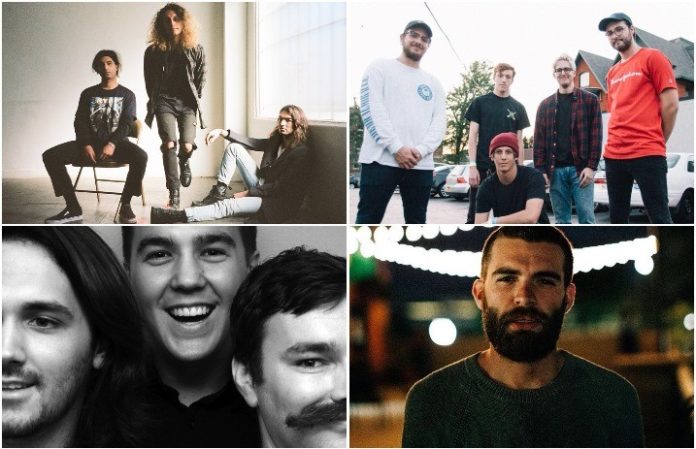 Listen to new music from Tiny Moving Parts, Hippo Campus and Teenage Wrist—plus, don’t miss Jack White on tour. Check out the news you might have missed today below!

Read more: Watch My Chemical Romance’s ‘The Black Parade Is Dead!’ on YouTube

Tiny Moving Parts is releasing their newest album Swell (which you can pre-order here) next week and to celebrate the upcoming release, the band teamed up with Brooklyn Vegan to drop the latest single off the album called “Warm Hand Splash.” To support the album, the band will also be hitting the road with Oso Oso and Mom Jeans – tickets can be purchased here.

See you in March! �� pic.twitter.com/zK0kgNvyRf

Riviera and Cedar Green will be hitting the road together this March for a Spring tour.

Indie rockers Hippo Campus premiered a new animated video for their single “Buttercup.” The single comes from the band’s debut album Landmark. You can also catch the band on tour with Sure Sure – Tickets can be bought here.

Super Whatevr has released a new song that will appear on the band's debut album Never Nothing. The album comes out this Friday (1/19) and is available to be purchased here. The band is also going to be hitting the road with Movements, Can't Swim and Gleemer this March and April – tickets are available for purchase here.

Jack White has announced that he's going on tour in support of his new album, Boarding House Reach. The album will be released March 23 with pre-orders set to be available for purchase here.

6. Intervention premiere new music video for “Too Much TV”

The track is taken from the band's EP Too Much TV. Be sure to check out the band's headlining U.S. tour with Sunsleeper, Welcome Home and The Weekend Classic. To look at the dates, you can visit the band's Facebook page.

The L.A.-based rockers Teenage Wrist are set to release their debut album, Chrome Neon Jesus, March 9 via Epitaph Records. You can pre-order the album here.

Saphir premiered a new music video for her song “3 A.M.”