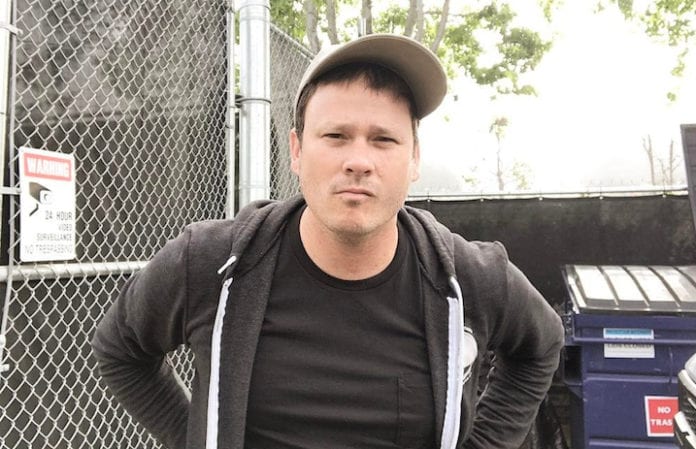 Tom DeLonge took to Twitter on Monday to ask fans who they'd like to hear on a speculative future album from Box Car Racer.

Tom's query kicked off a flurry of social media activity from the musician. Check out some of the tweets below!

DeLonge, possibly enthused by Box Car's recent 15th anniversary reissue, tweeted the hypothetical question based on “all this talk about Box Car Racer.”

The Angels & Airwaves frontman and UFO investigator has also been employing some of his trademark toilet humor online. On Monday, Tom tweeted, “I saw a man sprint right by me. He must have the runs.”

I saw a man sprint right by me. He must have the runs-

Tom even went so far as to start retweeting other users' poop puns!

DeLonge posted some cringe-worthy dad jokes as well, responding to a fan's request to jam with the zinger, “If we can peanut butter first.”

If we can Peanut Butter first https://t.co/swRONrapkW

Are you following Tom DeLonge on Twitter? Who would you want to be featured on a new Box Car Racer record? Let us know in the comments section!