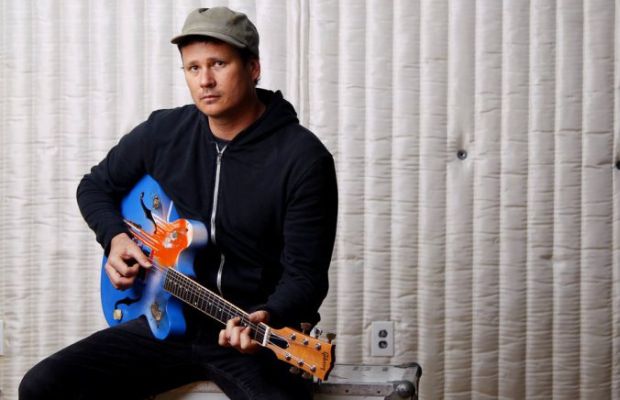 Just a few days after Mark Hoppus took to Instagram to tease the new Blink-182 music featuring Alkaline Trio’s Matt Skiba in place of Tom DeLonge, Tom has taken to Radio.com in a new interview to explain “why [he] really left Blink-182.”

DeLonge blames his departure from Blink on his other entrepreneurial endeavors:

“What people don’t know about me, because I’ve never been out there telegraphing it, is that I’ve been building companies for a long time and I learned quite a hell of a lot. And, the skill sets that I’ve acquired for the past 15 years in terms of understanding the monetization of the arts—I built a platform that Kanye and Nine Inch Nails and Pearl Jam would use to monetize all of their art, their fan clubs, ticketing and all that stuff—to building hard core skateboarding companies and surf companies where the culture involved is super snobby and picky. I grew up skateboarding most of my life. I really learned how to identify with a core group of people that hated everything. So, at this point in my life I just know a lot of things and it’s a better use of the skill sets that I’ve acquired to be doing what I’m doing now than just being on stage playing the songs over and over again—even though it’s fun as shit when there’s pyrotechnics and lasers—I love that. But I’ve never needed attention to feel good about myself… even though it’s fucking awesome and I love attention, don’t get me wrong, but I need to create things. That’s where I win emotionally I guess.”

“I hit a very specific part in my life. I’m 39 years old. If I was to continue to stay in the studio for a year to write a record that I need to rehearse for eight weeks to go on tour for another six months, and it’s only about those twelve songs I’m going to be severely limited in what I can achieve artistically and I’m going to be looking back when I’m 50 kinda going, ‘Fuck, I really love all these other forms of art, I really wish I could have done something with it. So what happened was that I decided that… [pauses] just to do it. I decide to do it because it afforded me the ability to be with my family a hell of a lot more. It afforded me to inspire other artists. It afforded me to use all the other skill-sets I’ve acquired of bringing people together and putting a business model to a new form of art. Guys are creating graphic novels, guys are writing books, guys are making movies, guys are making animations… I created a system of glue to pull all those people together into one vehicle and make it happen, then it’s bigger for everybody.”

It looks like Tom rejoining the band is out of the question…for now. We all know how quickly that could turn around, because, you know. It has happened before.