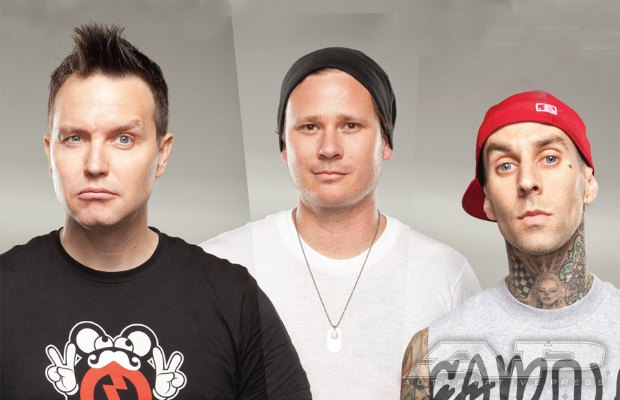 In a new interview with Billboard, former Blink-182 member Tom DeLonge reveals that he is “totally willing and interested” in rejoining the band. “People ask me every single day, 'Go back, go back, go back.' And I tell people I haven't forgotten anything and I'm grateful for that band and for those guys in my life,” he claims. “And I think about that band every single day of my life—sometimes multiple times a day. I love those guys and I love the band and, yeah, in the future let's play together and figure it out or whatever. We just need time apart because we all want different things at this time. Those guys want to play the music and tour all the time, but I'm involved in some very big shit and some very important stuff.”

While at Comic-Con in July, DeLonge responded to a question regarding what it would take to get him writing music with Blink-182 again, saying, “Probably just a few phone calls.”

Later on in his interview with Billboard, he explains that he actually presented his current Poet Anderson endeavor to Mark and Travis, but was met with disapproval. “I sat in a room and showed them animations and everything and said, 'Do you guys want to do this with me?' And there was a tiny bit of interest, a lot of awkward silence and a lot of emails that were just ignored,” he says. “So I moved on and got it done. It's not like I'm doing these things and didn't ask them to go along for the ride, ever. People don't know this shit 'cause I didn't go out and talk about it.”

When speaking on whether or not he feels bothered by his former bandmate’s decision to go on with Alkaline Trio’s Matt Skiba, DeLonge says he doesn’t mind at all. “I want people to be happy,” he claims. “Myself and those guys together were a very specific thing. If they want to go off and play the songs I wrote because that's what they want to do and that makes them happy and they want to make a living, that's cool. It's not like it makes me extraordinarily jealous and I feel like I have to be on stage with them. I'm not wired that way. It wouldn't have bothered me if they called me up and said, 'Hey, if you're really busy do you mind if we go out and do some of these things?' I would've said, 'Hell yeah, go for it.' But it just never went down that way.”

Earlier today, Mark Hoppus revealed that Blink-182 were in the studio working on new material.