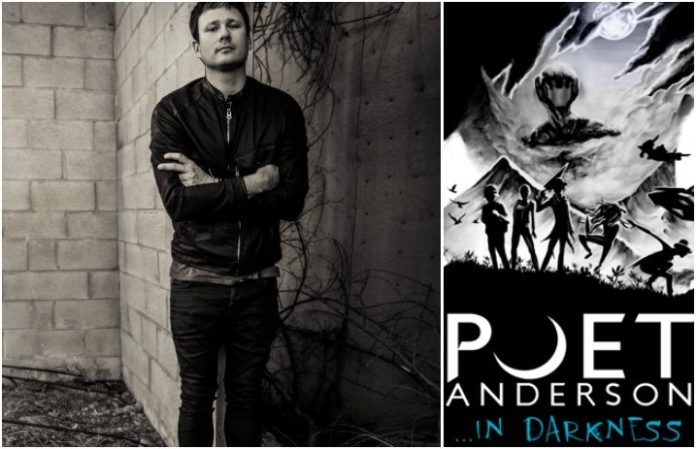 Teaming up with New York Times bestselling author Suzanne Young once again, the book follows 2015's Poet Anderson …Of Nightmares, and it's been released by DeLonge's own To The Stars.

The story, influenced by a Stanford University study about how dreams can affect reality, continues the story of character Jonas Anderson. According to the synopsis, the character: “Now works as a doorman for the Eden Hotel in the Waking World, dividing his free time between seeing his girlfriend, Samantha Birnham-Wood, and visiting his comatose brother Alan. In the Dream World, he is Poet Anderson, a Dream Walker, a guardian of the Dreamscape charged with protecting sleeping innocents from the nightmares that threaten both worlds.

“But Jonas remains tormented by his own nightmare—his failure to rescue Alan from the Dreamscape and free him from his coma. Together, Jonas and Alan fought side-by-side against the night terror entity known as REM. Even though they defeated the vicious monster, Alan continues to waste away in a hospital bed while Jonas’ guilt eats away at his soul.

“REM may have lost a battle, but the war continues. Night Stalkers roam the Dreamscape, hunting for Jonas and the other Poets capable of traversing the waking and dreaming realms. And now, demonic shadow creatures are possessing the spirits of dreamers and using their bodies to enter the Waking World. Jonas can no longer avoid his destiny. To save reality from the maelstrom of nightmares, Poet Anderson will have to sacrifice the Dreamscape…”

DeLonge explains that things get a bit darker in this book, but it's a fast-paced read for any sci-fi-lover.

“Things get a bit darker for Poet in this book,” DeLonge says. “His world has become more dangerous and unforgiving and he risks losing himself for the greater good. Suzanne and I had many conversations about the architecture behind Poet and his world and she made this story really special. It’s exciting and fast-paced and I’m psyched for everyone to read it…!”

DeLonge's To The Stars is composed of Science, Aerospace and Entertainment divisions, with the entertainment aspect aiming to educate and inspire curiosity in science. Oh, and remember that Strange Times movie DeLonge announced last year? That's one of TTS Academy's current projects.

You can order Poet Anderson…In Darkness here, or get a special bundle through To The Stars here.