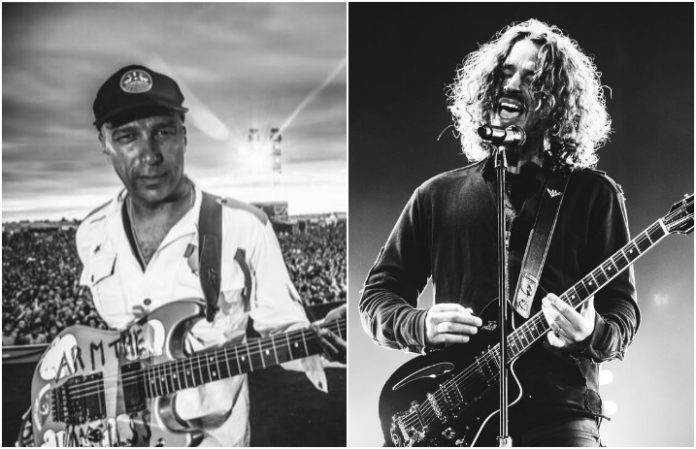 Prophets Of Rage and Rage Against The Machine guitarist Tom Morello has penned a new tribute to his late bandmate and Audioslave collaborator, Chris Cornell, imploring fans and artists to make pledges of love and support to Cornell's family and to each other. Read Morello's letter below.

Posted to Cornell's official Facebook page on Tuesday, Morello's new screed of remembrance for Cornell—the Soundgarden frontman and Temple Of The Dog founder who died unexpectedly in May at the age of 52—opens with a touching quote from the singer's 1998 solo song, “Sunshower.”

“Chris, I love you, brother,” Morello writes. “I love your unparalleled artistry. I love your smile. I love your ridiculously beautiful hair. I love your willingness to help others. I love your love of family.” The musician then asks readers to make “two pledges today in memory of the great Chris Cornell.”

“First, to pledge to offer unconditional forever support to his family, especially his three beautiful children,” Morello states. “Second, I'd like to ask everyone here to make a pledge to each other,” writes the guitarist, asking Chris Cornell fans to “make a commitment to look after one another.”

Cornell and Morello played together in Audioslave from 2001 until 2007, releasing three albums as a quartet with Morello's fellow Rage Against The Machine bandmates, bassist Tim Commerford and drummer Brad Wilk. The band briefly reunited for one performance earlier this year.