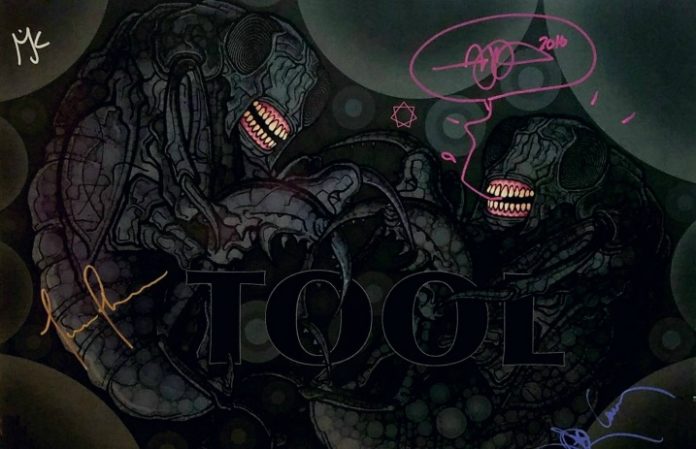 Now that we know when Tool are expected to release their new album, we also have a bit of an idea as to what their new record is going to sound like. Prophets of Rage and Rage Against The Machine guitarist Tom Morello shared a post on social media yesterday saying he was “the first outsider” to hear new Tool music.

So, what did he have to say about the instrumentals he was able to hear? He said they sounded: “epic, majestic, symphonic, brutal, beautiful, tribal, mysterious, deep, sexy and VERY Tool.”

Had the honor of being the first outsider to hear new #TOOL music today!! Still just instrumentals but sounded epic, majestic, symphonic, brutal, beautiful, tribal, mysterious, deep, sexy and VERY Tool. Really great. So excited to hear the record when it's finished.

Yep, we're stoked. Morello said he's excited to hear the record when it's finished, and we are, too.

Tool recently confirmed that a new album will be coming out in 2018, being the band's first release since 2006. “Yes. I’m saying definitely. We’ll probably have it done in the first half [of the year] if things go as planned,” Tool drummer Danny Carey says.

“There’s setup times and manufacturing—I can never predict all that, it seems like it’s constantly evolving. [What time of year it will be out] I can’t tell you.”

How stoked are you to hear Tool's “brutal, beautiful” new music? Let us know in the comments below!