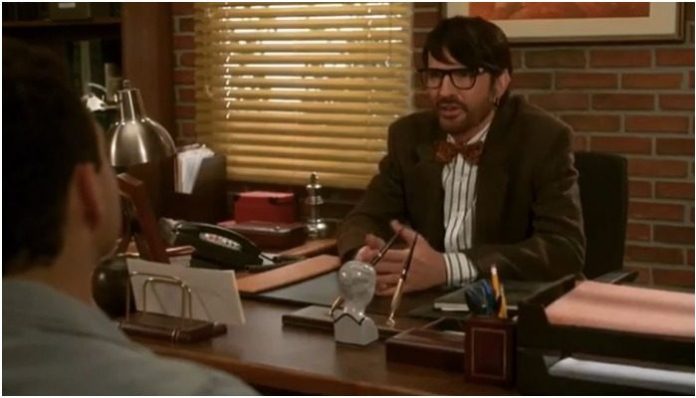 Mötley Crüe drummer Tommy Lee recently made an appearance on the set of ABC’s The Goldbergs.

This isn’t the first time the musician is featured on the small screen. In 2008 he starred in an NBC reality show called Tommy Lee Goes To College.

The episodes feature Lee going through all the hardships of a normal college student. He attends the University of Nebraska to find a roommate, study and attempt to join clubs and a fraternity.

The series was only six episodes, but in a new episode of The Goldbergs Lee is back on campus.

The drummer recently posted a video to Instagram telling his followers to tune in to the show next week.

In the video, Lee plays a straight-edge professor who young Barry Goldberg (Troy Gentile) goes to seek out the name of an “awesome rock song about inappropriate love [he’s] trying to base [his] life off of.”

Check out the funny clip Lee posted to Instagram below.

Professor Lee on @thegoldbergsabc next Wednesday! 🤓

According to Broadway World, the episode goes as followed:

When Erica (Hayley Orrantia) and Barry receive the same grade in class, Erica knows something’s up and finds out something very interesting about her brother. Meanwhile, Beverly (Wendi McLendon-Covey) gets involved to help Adam (Sean Giambrone) win his crush as a date for the upcoming Cupid Couples’ Skate at William Penn Academy.

The full episode is titled “Preventa Mode” and will air Wednesday, Feb. 12 at 8 pm ET on ABC.

The band hits the road later this year with a bevy of rock legends including Def Leppard, Poison and Joan Jett and the Blackhearts.

Tickets are on sale now, here. Check out what cities they’re visiting below!

Will you be watching Tommy Lee in the next week’s episode of The Goldbergs? Let us know in the comments down below!