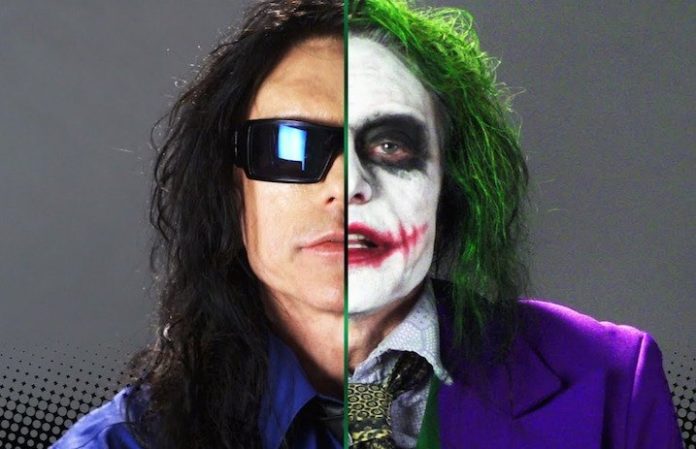 Jared Leto, Heath Ledger, Jack Nicholson: These are some of the marquee names who've portrayed iconic Batman villain the Joker onscreen. But this week, uncanny The Room auteur Tommy Wiseau is here to shatter your preconceived Dark Knight perceptions with his uncomfortably funny (and fairly terrifying) Joker audition. Brace yourself and watch it below.

Wiseau, the man behind The Room—a film that's fittingly been called the worst movie of all time, per Vox—received a career bump last year as the impetus behind James Franco's lauded The Disaster Artist. Now, with word of a Martin Scorsese-produced Joker origin series in the works (as reported by Bedford + Bowery), Wiseau apparently wants to throw his Joker hat in the ring. And, yes, this is all (seemingly) done with some serious intent, just how The Room was initially conceived. Wanna know how Wiseau got these scars?

Madness is like gravity—all it takes is a little push: