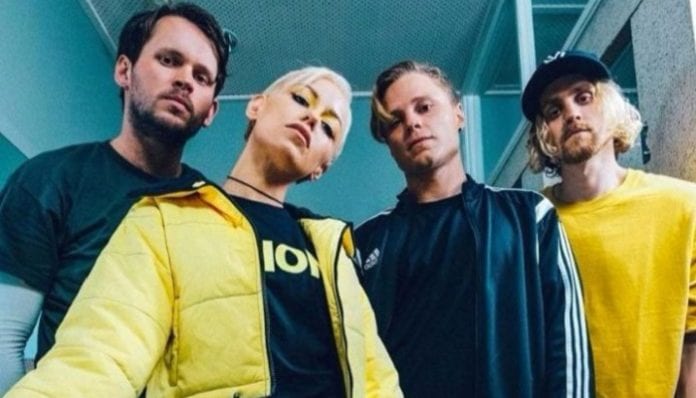 Tonight Alive have revealed when they’ll make their live return since they announced their international touring hiatus last December.

At the end of October 2018, Tonight Alive announced a string of U.S. tour dates for January and February of 2019. I The Mighty and Doll Skin were joining them for the run, which also included intimate 10-year anniversary acoustic shows.

However, the band canceled the run and said they were “taking a hiatus from international touring” to prioritize mental health. You can read their full statement below.

“Dear Humans. It’s with heavy but knowing hearts that we have come to the decision to cancel our upcoming U.S. tour for Jan/Feb. 2019. Our touring schedule over the years has been demanding and truthfully the makeup of our entire reality. Reaching the end of a particularly turbulent year, we are seeing the need to address and prioritize our mental and physical health. So in the interest of personal well-being and professional longevity, Tonight Alive will be taking a hiatus from international touring.

“We are treating this as a matter of the heart, mind, body and soul and hope you can accept our sincere apology to those we are letting down. Despite the intensities of 2017/18, we have continuously felt the love, connection and support from you all. Thank you for exploring and expressing yourselves so purely and fearlessly in the Underworld era.

“We are inspired by you and immensely grateful for this chapter of memories. Please be kind to yourselves. We won’t be far away.”

While we haven’t heard much from the group since, they have now announced they’ll be returning to the stage very soon.

The band have been added to Australia’s Unify Gathering Festival and it will be their first live appearance since December. Tonight Alive will be performing alongside Architects, The Ghost Inside, Knocked Loose, Silversetin and more.

The band said they have an “itch to scratch” on Twitter about heading back to the festival.

How could we not? Unify we’re coming back for Round 3! It’s been a restful break but we’ve got an itch to scratch 💛 Join us and some very special guests this January on day 2 @unifygathering pic.twitter.com/h3DNolvOUo

While they’re technically from Australia, so it isn’t exactly ending their international hiatus, it’s nice to see the band getting back to what they do best after their break.

Unify Gathering 2020 will take place in Gippsland, Australia from January 9-12. You can get tickets here.

What do you think about Tonight Alive making their return? Sound off in the comments down below!