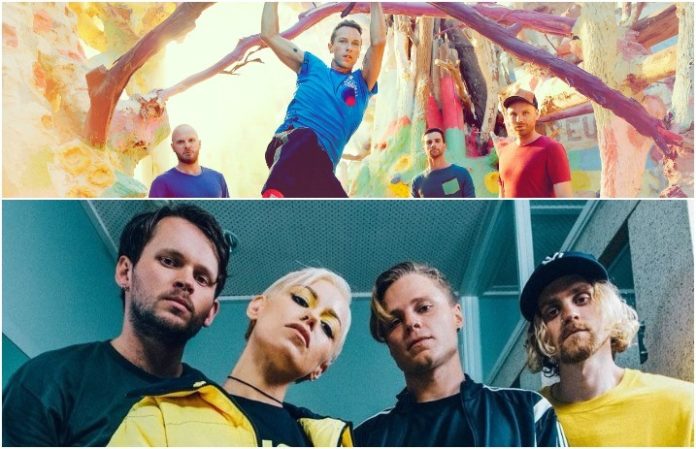 Watching a band you love covering another band you love is a fan’s dream, so fans of Tonight Alive and Coldplay are in for a major treat.

To intro the cover song, the band’s vocalist Jenna McDougall said, “Yellow is the theme of our record Underworld. It’s a color that we and our fans are resonating with right now.”

“It’s the color of the Solar Plexus Chakra, which is where the personal power comes from. It’s where the soul resides, and for me, I’m using yellow as a color to wear and adorn my face with to sort of enhance that frequency in my life of self-assurance, and sort of confidence, expression, authenticity, transparency, things like that. Yellow is actually our theme right now, so it’s really cool that there’s a song that kind of catches that.”

The band also played their songs “Temple” and “Disappear,” taken from the band’s latest album Underworld.

Here’s the time each song is performed:

You can check out the full performance and listen to the interview below!