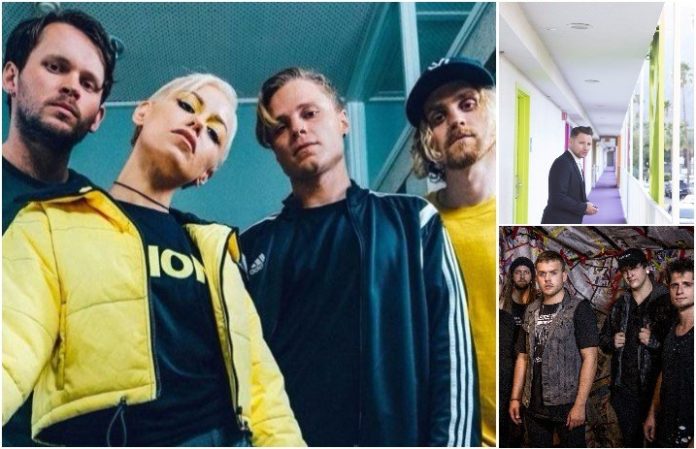 Hear a new song from Kenneth Aaron Harris—plus, hear Tonight Alive's Silverchair cover. Check out the news you might have missed today below!

Read more: You can buy Panic! At The Disco and Paramore’s BBC Radio 1 Live Lounge covers

The track is taken from his new EP, Patterns, due out tomorrow.

2. Tonight Alive have shared their cover of Silverchair’s “Without You.”

The track is taken from the upcoming Silverchair tribute compilation, Spawn (Again): A Tribute To Silverchair.

3. Vicious. have teamed up with Rock to Recovery to donate proceeds from the downloads of the track “Conflict” through their Bandcamp page to the organization.

.@ViciousTheBand teamed up with @RocktoRecovery for a “donate to download” campaign for their single “Conflict.” More details here: https://t.co/kvPjoLAXj7 pic.twitter.com/e4Qza2mw0i

Rock to Recovery is an organization that gives people, such as recovering addicts/alcoholics, victims of abuse, troubled teens, wounded veterans, or any individual in recovery, a chance to have fun expressing themselves, working as a group, and experiencing the natural high only music can produce.

The track is taken from their debut album, Magic Valley.

Watch more: BEHIND THE SCENE: Citizen reveal inspiration behind ‘As You Please’ album artwork