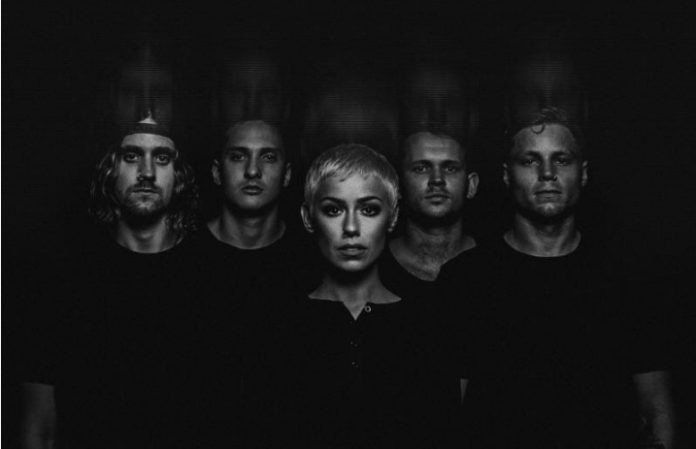 Tonight Alive have returned with a signing to Hopeless Records and a new track, called “World Away.”

Give it a listen below.

This is the first release since the band's March 2016 album Limitless.

“'World Away' is a continuation of our quest for self understanding and empowerment, but this time through developing a personal relationship with darkness,” vocalist Jenna McDougall says.

“In a society that conditions us to suppress and shy away from confronting emotions, we wrote an invitation in World Away to shake hands with what scares us most and begin recognizing the opportunity for growth in struggle. Produced by Dave Petrovic ('The Other Side', 'The Edge') we are sharing 'World Away' with our fans as the introduction to the sound of the next chapter of Tonight Alive.”

The band are set to record their new album this summer.

The band are currently supporting You Me At Six on their U.K. tour.

What are your thoughts on “World Away”? Let us know in the comments below!

Watch more: Vic Fuentes and Jenna McDougall, “Hold On Till May” (acoustic)