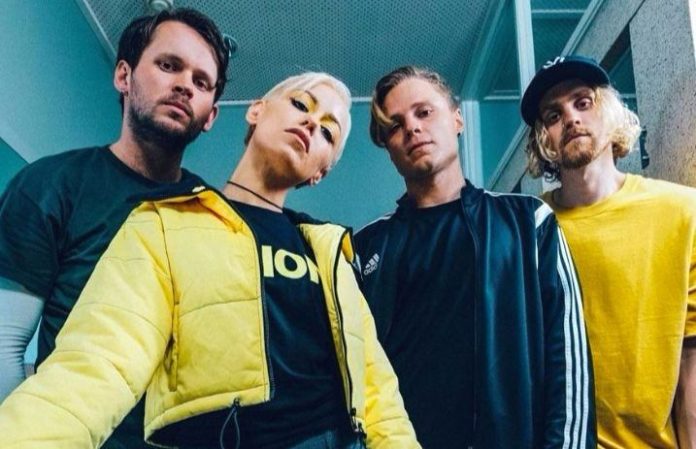 Tonight Alive have announced the departure of guitarist Whakaio Taahi. “It is with regret and great sadness that we announce our guitarist Whakaio's departure from Tonight Alive,” the band posted to Facebook. “After 9 years on this path together, Whak has made the decision to step back from touring and pursue his own career in songwriting and producing outside of the band.”

In addition to this news, the Australian act have announced their new album, Underworld, along with the record's newest single, “Temple.” Plus, they'll be hitting the road with Silverstein, meaning there's plenty to look forward to in the Tonight Alive camp.

In the band's full statement, they wish Taahi the best and will always hold a place for their “brother and best friend.” Read their statement in full below:

It is with regret and great sadness that we announce our guitarist Whakaio's departure from Tonight Alive. After 9 years on this path together, Whak has made the decision to step back from touring and pursue his own career in songwriting and producing outside of the band. Whakaio loved and came alive in the creative process; it was a pleasure and privilege to witness. We know his heart and gifts belong in the studio and we continue to love and support each other as a family. The four of us consider ourselves to be 1 part of a greater whole, and will always hold a place for our brother and best friend, whose energy will be known, heard and felt for lifetimes.

The band announced their signing to Hopeless Records earlier this year, unveiling their powerful new track “World Away,” and “Temple” proves the pop rockers are back.

Listen to “Temple” below:

Tonight Alive have also announced they will be returning stateside for a co-headlining tour with Silverstein in early 2018, with support from Broadside and Picturesque.

Underworld is due out January 12. It's currently available for preorder here. Check out the tracklisting and the band's forthcoming tour dates below.

What are your thoughts on Tonight Alive's newest offering? Let us know in the comments below!

Watch more: Vic Fuentes and Jenna McDougall, “Hold On Till May” (acoustic)