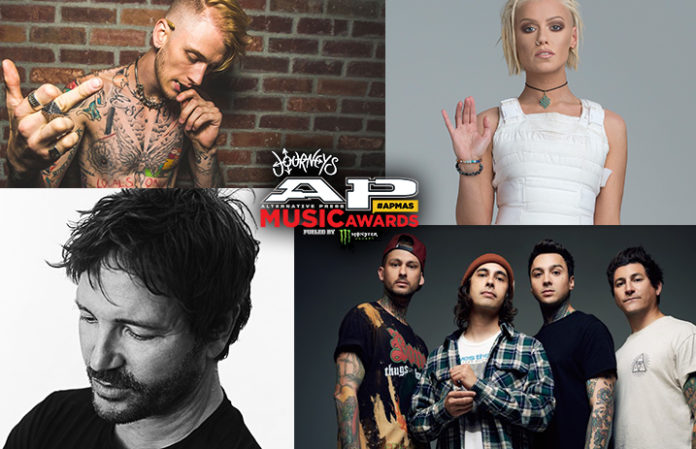 The scene’s biggest night just got a whole lot bigger.

Get your tickets to the APMAs now! VIP PIT Experience available now!

Want to be a part of our scene’s biggest night? Get your tickets now! VIP experience packages are available via SoundRink—An Experience Company—and will include limited merchandise, elite access to the red carpet and prime indoor seating and VIP meet-and-greets. The VIP Pit Experience is for the loudest, most energetic fan of the APMAs. This is the best experience for the fan who wants to be so close to the action that they’re a part of it, themselves. Tickets are extremely limited! The VIP Pit Experience is located in the center of the largest stage the APMAs has ever had. The stage features a large V-thrust that makes every seat the best seat in the house. Pick up your VIP Pit Experience tickets now via www.altpress.com/pit.

Other 2016 APMAs performers include platinum-selling headliners A Day To Remember, Good Charlotte, Yellowcard, Of Mice & Men, Papa Roach, Issues, the Maine, Mayday Parade and Beartooth, with more artists still to be announced. The 2016 APMAs also will feature a special appearance from Spencer Chamberlain and Aaron Gillespie of Underøath. This year’s Icon Award, presented by Equal Vision Records/MerchNOW, will be awarded to platinum-selling rock legend Marilyn Manson.

There are only 30 days left to vote and help your favorite artists bring home a Skully. Visit the APMAs Vans Voting Site at altpress.com/apmasvote2016 to check out all of this year’s nominees and vote for your favorites now!