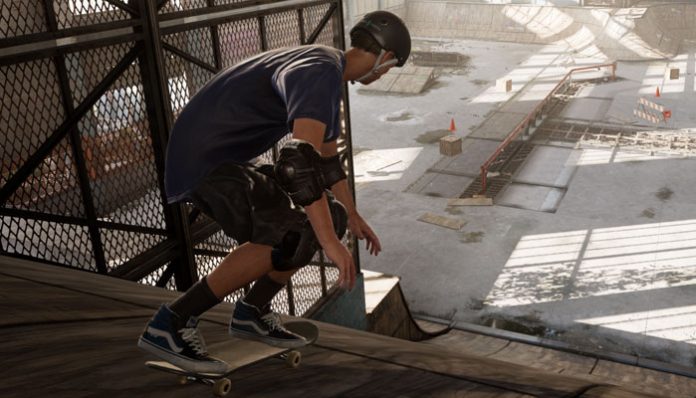 On July 28, a virtual concert was held to unveil the full tracklisting for the Tony Hawk’s Pro Skater 1+2 soundtrack. Along with some classics songs from the original games, the franchise is getting a major boost with some new music.

Now, it has been revealed that the remastered game’s soundtrack includes over 30 new songs and artists.

The reboot’s official trailer confirmed the return of some classic songs. Bad Religion, Dead Kennedys, Rage Against The Machine, Papa Roach and more appear on the remastered game’s soundtrack. As well, Goldfinger‘s classic “Superman” is also featured in the new game.

Now, it has been confirmed that all of these artists are included in Tony Hawk’s Pro Skater 1+2. MGK’s hit single “Bloody Valentine” is among those on the soundtrack. The single is off of his forthcoming album Tickets To My Downfall which is produced by blink-182‘s Travis Barker.

Along with MGK, various artists spanning multiple genres are joining the Pro Skater franchise. FIDLAR‘s “West Coast,” Less Than Jake‘s “Bomb Drop,” MxPx‘s “Let’s Ride” and Sublime‘s “Same In The End” are just a few of the songs included in the new game. Other artists such as A Tribe Called Quest, Reel Big Fish and Zebrahead also have songs on the soundtrack.

Goldfinger’s “Superman” inspired the title for the forthcoming Tony Hawk’s Pro Skater 1 + 2 documentary. Pretending I’m A Superman offers a look into how the Pro Skater games came to be and how the franchise’s legacy got its start. The documentary arrives on digital streaming services Aug. 18.

Following the release of the documentary, the remastered game hits shelves on Sept. 4 for PlayStation 4, Xbox One and PC.

Tony Hawk’s Pro Skater 1 + 2 includes some fan-favorite features from the original games. Create-A-Park and Create-A-Skater modes have returned. This time, Create-A-Park will have massive customization options. Players can share parks online with friends and outfit skaters with skill options.

Along with the revamped game, the full roster of pro skaters players will be able to choose from was recently released. From the legendary skaters featured in the original series to new pro skaters, there is now a diverse selection of skaters to play. The new lineup is in efforts to make the game more inclusive and representative of the skating world today.

The full Tony Hawk’s Pro Skater 1+2 soundtrack featuring both new tracks and old classics has been shared on Spotify. Both the soundtrack and virtual concert are available to stream below.

Are you ready to play Tony Hawk’s Pro Skater 1+2? Let us know in the comments below.