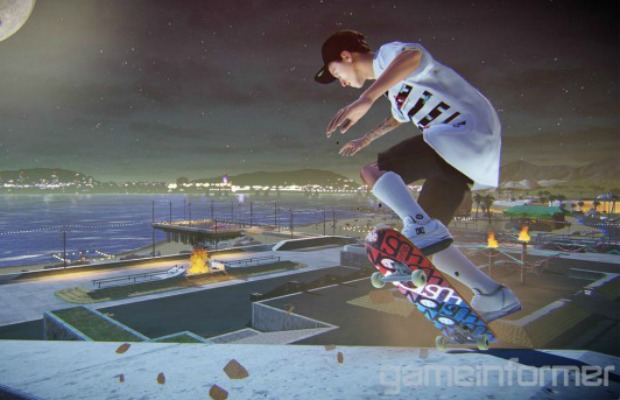 The classic video game has returned: Tony Hawk’s Pro Skater 5 is set to be released later this year on PlayStation 4, Xbox One, PS3 and Xbox 360.

Game Informer’s Matthew Kato has the exclusive announcement. Here’s what he had to say about the game:

“Tony Hawk's Pro Skater 5 features a new set of levels packed with objectives and missions you can complete solo or with friends via online co-op and competitive play. Whether you just want to have a session with friends or strangers or want to level up your character online and then take them offline, the game's online flow is seamless. Your created skate parks can also be shared with world.”

Hopefully, the game’s soundtrack is as punk-heavy as some of the older ones.

Check out some screenshots below via Game Informer. And see the full gallery here.