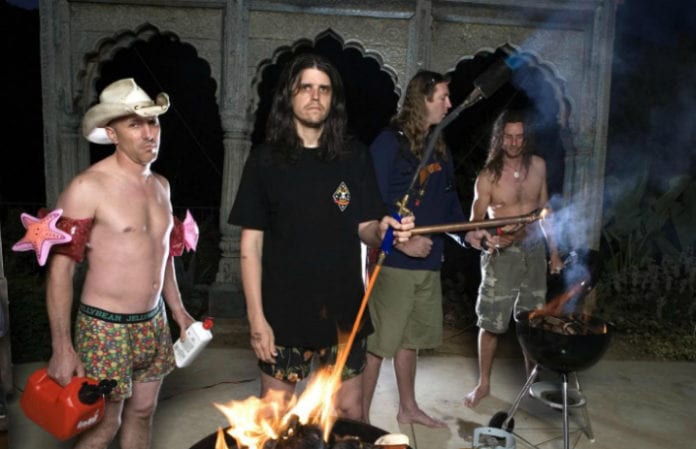 Tool have been clear in the past about not wanting their music on streaming platforms, but it looks like the band are having a change of heart.

The band uploaded their 72826 demo tape most major streaming sites just a few weeks ahead of dropping their new album.

This marks the first time the band’s music has been available on streaming services.

The band started talking to popular streaming sites two years ago about how to release their music but nothing surfaced until now.

Bloomberg originally announced the news revealing that “members of Tool have been talking to the biggest services, including Spotify Ltd. and Apple Inc., about the best way to release their music.”

Now, you can find the band’s legendary demo tape on YouTube, Pandora, Apple Music and Google Play. As of right now, nothing has shown up on Spotify.

Following the move to include the release on streaming sites, fans are going wild with speculations. Some people believe are planning to release a different title each week leading up to the new album’s release.

Tool’s new, currently untitled record is expected to drop on August 30. The new album will mark their first release since 2006’s 10,000 Days.

The band made the announcement they had a release date at the end of a show earlier this year.

During the May 7 show in Birmingham, Alabama a video screen flashed a date before the band’s encore set—”August 30th.”

Frontman Maynard James Keenan encouraged fans in attendance to share the news via social media, with the band soon sharing the reveal from their own accounts as well.

#Tool just announced the release date for their new album at the #bjcc show in Alabama tonight. #toolband #tool2019 pic.twitter.com/Kscu4aewgJ

What do you think of Tool finally allowing their music on streaming sites? Let us know in the comments below.