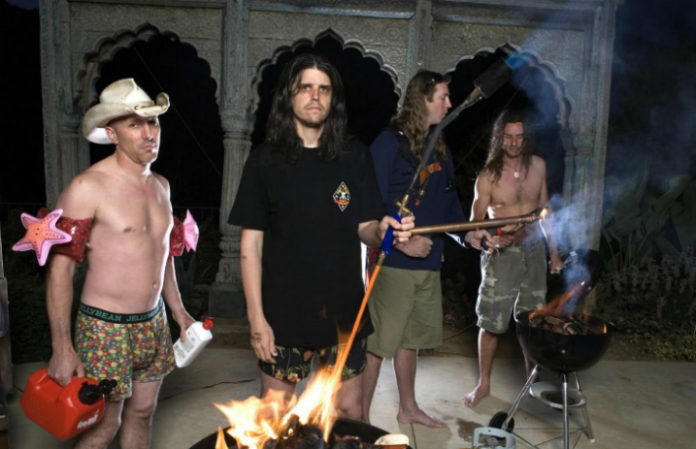 Following sporadic reports of Tool’s progress on their upcoming fifth album—and first full-length release in well over a decade—Chancellor told the MetalSucks Podcast that finishing the record has been “like a crazy science project” in regard to the band’s selection of material for the set.

However, the longtime bassist says that Tool are now in the homestretch of recording the new album, dropping the “90 percent” figure to podcast hosts Brandon Hahn and Petar Spajic in a rare interview:

“We’re about 90 percent there, it’s been like a crazy science project—kind of like a petri dish. We’ve just been really picky over what we want to put on this new album and really want to come up with something completely unique. Plus, we have endless amounts of material to sift through, so it’s just been a process… a little different from last time.”

Tool’s recent U.S. tour dates apparently served as a catalyst for the band in their reported plan to wrap up recording sessions, with Chancellor speaking of the renewed excitement among the veteran hard rock group.

“It really is an evolving thing. Being out the last couple of weeks on the road and playing together, this year, we’ve really kind of hit a new level, I’d say. [We’re] really excited to be around each other and we’re gonna just bang it out when we get back home, we’re ready to go…”

Listen to the complete podcast below.

Are you stoked for a new Tool album? Do you think the long-awaited release will soon see the light of day?

Let us know your favorite Tool LP in the comments!

Watch more: How it feels to end a 16-year hiatus with FAILURE