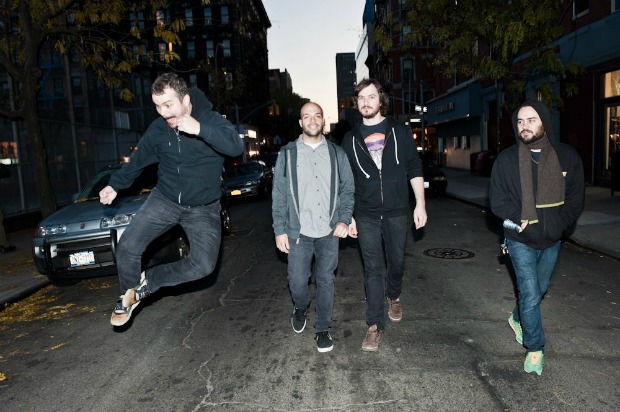 Torche guitarist Andrew Elstner is being treated for rabies in St. Louis after a bat urinated in his eye. Via Pitchfork:

“The story begins in St. Louis. Elstner was with a friend's touring band, staying with a former roommate at his old home– a rustic house built in 1824 with 70 acres and a horse pasture. When Elstner turned on the lights in one room, he discovered a trapped and frightened bat, zooming around. 'As it passed by my head a fourth time at light speed, it managed to piss on my right eye,' Elstner wrote in an email to Pitchfork. He laughed, rinsed his face, and went to sleep.

But the next day, he told his parents, and they 'proceeded to have a meltdown,' he said, 'and were convinced I had rabies.' Although it's impossible to contract rabies from bat piss, Elstner said he was recommended to get vaccinated, due to 'exposure,' by 'everyone from the local vet, to our family doc, to Animal Control, to my friend who's an eye surgeon, to the nerds at the CDC in Atlanta.' With rabies, there is a small window for treatment, after which it is pretty much always fatal.

Elstner entered the emergency room at St. Luke's Hospital on March 30 to begin the rabies vaccination process. More treatments are to come. 'Feel like I'm getting treated for a unicorn bite,' he wrote, and later added, 'I didn't feel like rolling the dice any more than I already do.'”

Torche's new album Harmonicraft is due out Apr. 24 via Volcom Entertainment. The first single, “Kicking,” can be heard below.