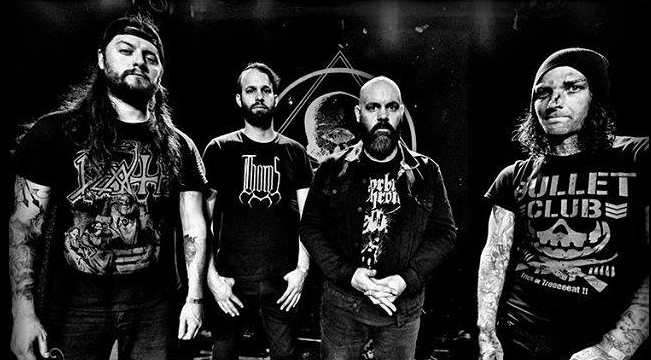 While performing at Bloodshed Fest in Eindhoven on Oct. 16, Trap Them vocalist Ryan McKenney took a leap into the crowd and probably suffered a worst-case scenario. Just 10 minutes into their 45-minute set, he took off from a speaker cab and fell around 15 feet, leaving him with two broken heels and a broken ankle, according to the band’s Facebook post after the incident.

“When I go and do this stuff, I don't want a plan and I don't want a preconceived notion of how I do it. Obviously sometimes that's a… poor choice,” McKenney told Noisey in an extensive interview during the band’s European Tour.

Read the band's statement and see a video of the events below.

Read More: 12 metal albums you’re going to need in the second half of 2016

McKenney also suffered a black left eye a few lacerations on his face, including a split eyebrow. Speaking further on the incident, he told Noisey, “The thing is, I've played shows dumb like this since I started playing shows. I think being stuck for the rest of my life doing this type of music—I'm not going to do anything else but this music—means maybe it escalates without me even realizing it. It gets more and more punishing.”

The remarkable part of it all is that McKenney went on to finish the set, with a completely mangled body, and he plans to finish the entirety of Trap Them’s European stint.

The show where he sustained his injury was just the second night of the tour, and some of his upcoming sets will last about an hour, so you could certainly say he's being a trooper in the whole situation. He will likely be performing in a wheelchair for the remainder of the dates. A video of his agonizing performance has even surfaced on the internet, which really makes you feel bad for the guy:

You can read Noisey’s full interview with Ryan McKenney right here, where he discusses his injury, Trap Them’s new album Crown Feral, and what his life is like outside of the band.

Trap Them is currently touring overseas with Okkultokrati and Venom Prison. The remaining dates, and their upcoming U.S. tour dates can be seen in the statement:

“It's true. Ryan fucked himself up a few nights ago, mid set at Bloodshed Fest. (And finished the set on broken heels and one broken ankle btw) He was treated and released that night from the local hospital. Thanks to the staff at Dynamo, our tour manager Patrik, and our tour mates Okkultokrati & Venom Prison for all the help. Needless to say he won't be standing up for a while, but we want to let everyone know we are still playing every show we have booked throughout the rest of the year. Nothing will be cancelled. All tour dates are listed below. Thanks for the support.