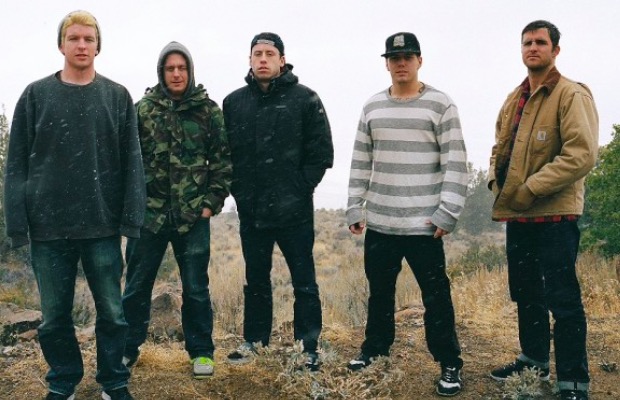 Rumors of Trapped Under Ice's return have virtually been thrown around since they announced their hiatus in 2013. In a recent interview with AbsolutePunk, however, frontman Justice Tripp (who is also the vocalist of Angel Du$t) dropped the news that the band will “definitely” be back sometime this year. They've been getting together and writing new music, with tentative plans to hit the studio near the end of the year. He also said they're will be doing “some shows.” (Hardcore fans everywhere rejoice.)

You can check out all of what Tripp had to say on TUI below.

What are you hoping to see from the band's return? What do you think of their member's new projects (i.e. Turnstile, Angel Du$t, Diamond Youth)?

People really want to know what the status of the Trapped Under Ice hiatus. Are you guys coming back this year?

Definitely. We’ve been getting together and writing music, we all write separately as well and put it together. We have a lot of song ideas, we have three songs that are completely done already. We’ve thrown around ideas for recording, that’s still in the air. I think we’re going to record near the end of the year, and I think I’d anticipate that coming out before the Angel Du$t record does. We’re going to do some shows – it won’t be till later this year, but it’ll definitely happen.

Will you guys be actively touring? Or will it be an off again and on again type of thing?

We’ll do fun shows here or there, do a weekend run on the East Coast, do some fests. We’re all very focused on all the bands we’re doing, Angel Du$t is my priority. Turnstile is going to be so busy in the next couple of years, like I said, that record is so fucking great, and they have so much potential. I love doing Trapped Under Ice, but that record they just put out is too good not for them to see its full potential, and shove it down everyone’s throat.