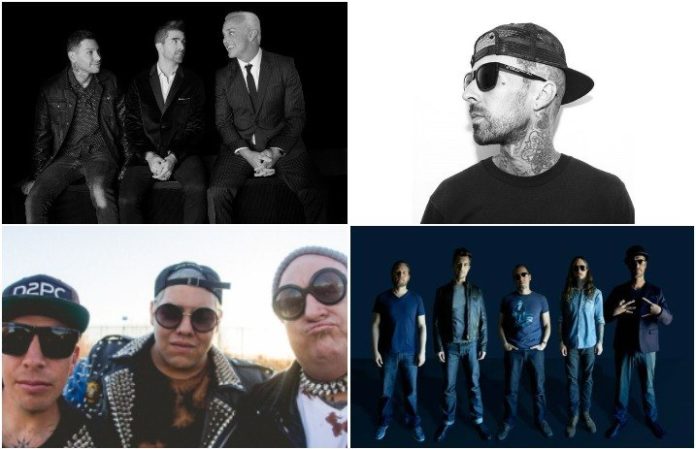 [Photo by: Sublime With Rome/Facebook]

Travis Barker and John Feldmann are teaming up for Back To The Beach, a new festival featuring some of the biggest names in modern ska, punk and reggae.

Back To The Beach will feature performances from 311, Sublime With Rome, the Mighty Mighty Bosstones, Goldfinger (featuring Travis Barker), Fishbone (original lineup), the Aquabats and more, performing on the shore of the Pacific Ocean in Orange County, California.

“The inception of the idea of a ska festival turned into reality from one festival (Punk In Drublic) to another! I grew up on ska, so this has been my dream,” Feldmann explains. “Now I get to do it with one of my best friends, Travis Barker (The Aquabats). 2 OG rude boys getting back to our roots!”

The festival is set to take place Saturday, April 28 and Sunday, April 29 at Huntington State Beach in Southern California.