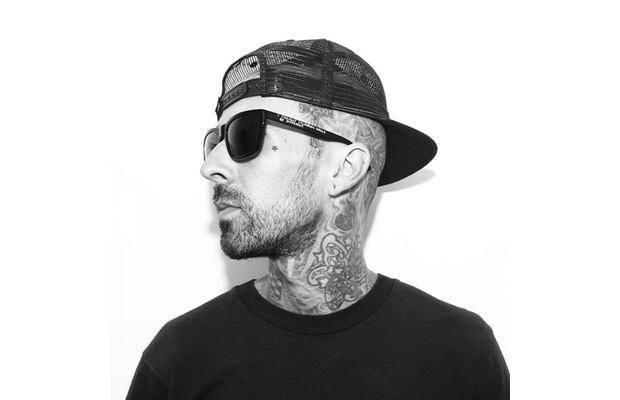 Blink-182 drummer Travis Barker was recently featured on The Doctors where he opened up about overcoming his struggles after he was involved in a plane crash in Columbia, South Carolina, killing four and critically injuring himself and performing partner DJ AM.

Check out clips of Barker on the show along with finding out what helped him find strength after the accident.

In 2008, Blink-182 drummer Travis Barker was involved in a plane crash that killed two close friends and both of the flight’s pilots. He managed to escape, but not without severely burning over 65 percent of his body. Barker also had to endure over 20 different surgeries.

Barker's mental health took a toll as he revealed to Good Morning America in 2015 that he'd offer friends $1 million to end his life.

“I would call friends of mine and go, 'Yo, I'll deposit a million dollars into whoever's bank account.’”

When questioned on the matter, he responded with a frank, “Oh yeah. I mean, they had to take my phone out of my room.”

As Barker was welcomed onto the show, they immediately exclaimed that he is a survivor to which he humbly replies, “Something like that.”

From there, the drummer talks about his rockstar lifestyle where he used recreational drugs along with late night calls to his friend, ENT Dr. Brain Weeks, where he'd ask for advice after friends would stop breathing after a late night of partying. He also revealed that he was told that because of the injuries he suffered during the plane crash, he'd be on medication for the rest of his life.

“Because you’ve been through such a horrific experience because you’re dealing with bipolar disorder, you’ll probably never play the drums again, you’ll never run again,” Barked recalled. “Then the challenge was in my mind to prove them wrong.”

And prove them wrong is exactly what the drummer did as he's quit smoking marijuana and other recreational drugs, finding ways to get high in other healthier ways such as running and boxing. These lifestyle changes have resulted in a much healthier Travis Barker.

“I’m healthier now than I was when I was 20 years old. I’m 41 right now and I’m 10 times healthier,” proudly explains Barker.

You can watch clips from his appearance on The Doctors below!