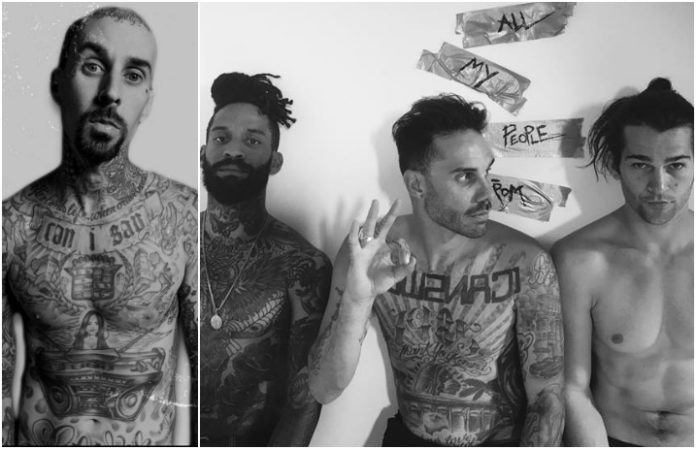 [Photos by: Travis Barker/Instagram, the Fever/Facebook]

The Fever are building a ton of excitement in the scene, and the new band from former letlive. frontman Jason Aalon Butler, Night Verses drummer Aric Improta, and the Chariot guitarist Stephen Harrison had a surprise guest at their first club show in Califonia last night: Blink-182's Travis Barker!

Yep, the Blink drummer dropped in for the Fever's first-ever live gig (apart from an awesome, impromptu donut shop performance) at the Roxy in West Hollywood, California, on Thursday night. Check out the available footage of Barker hittin' the skins with the Fever on new song “Hunting Season”:

“We have a friend that's gonna come drum. He's from a local band in San Diego.”

We told you about the Fever's new jam “Hunting Season” earlier this week—so have another listen, below, to the studio version of the track. The band also dropped some knowledge with the following message, indicating that the tune is a “response to [recent] happenings,” revealed alongside the new track:

Are you catchin' the fever? Got a fever you can't sweat out? Let us know what you think about the Fever—sound off in the comments down below!