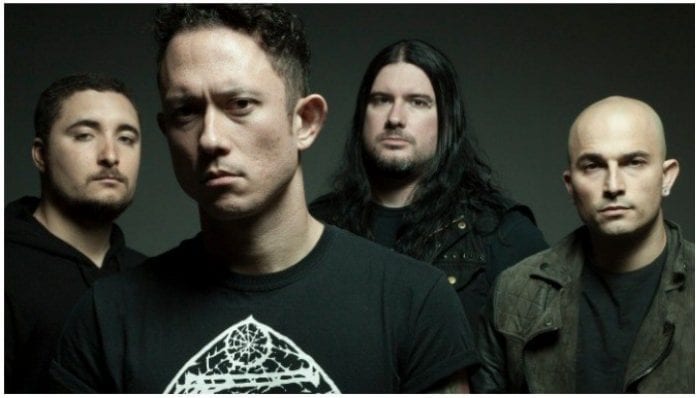 Heafy made the announcement via Instagram, where he shared that he’d be leaving to tour so he could be at home with his wife as they prepare for the birth of their twins.

Read more: Check out this metal cover of a Britney Spears classic

Heafy shared the news in an Instagram video earlier this evening, Oct. 25, where he explained he had to leave the tour early than expected.

“I just had to fly back unexpectedly home to Orlando,” Heafy began. “As you all know, my wife and I are expecting twins, and as you also know [with] pregnancy, there are no definitive answers on when things are happening, especially when it’s two. So I had to get back. I took an emergency flight to get back home. I’m home now. We’re basically just on watch.”

In his absence from the tour, Heafy explained that the band will be continuing the run without him.

During his absence, Light The Torch frontman Howard Jones, Youtube musician Jared Dines and AVATAR frontman Johannes Eckerstrom will be filling in.

“It’s very weird for me to be on the best North American tour of my career, and then to have to fly home. The plan was, obviously, to do the entire thing, but, thankfully, right now Howard Jones, Jared Dines and Johannes are all working together with Paolo, Corey and Alex to make the set happen.

I truly believe that you guys are gonna get a once-in-a-lifetime show and I’m so upset to be missing it. But I was able to share the stage with Howard and Jared, and then share a soundcheck with Johannes, and I know that the set’s gonna be absolutely incredible, so hopefully, I can get back out.”

You can watch Heafy’s announcement video below:

Trivium still have a few stops left on their North American headlining run. You can check out the rest of the dates below!