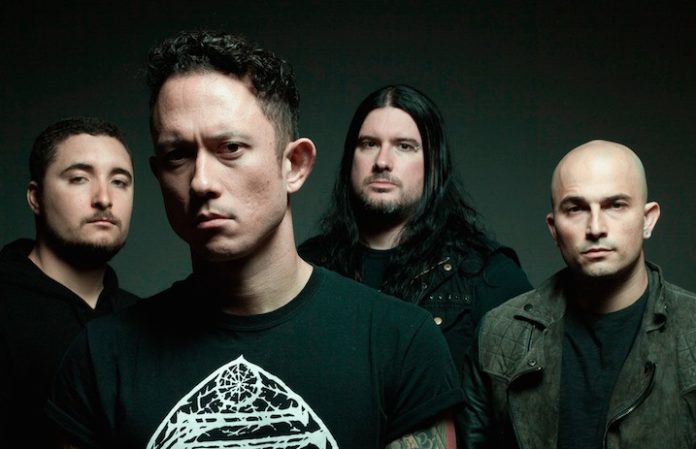 Trivium frontman Matt Heafy took it upon himself to help out a crowd surfer at a recent concert from the band, the musician plunging into the audience to grab the concertgoer when security seemed overwhelmed—watch it below.

The valiant footage appears to be from Trivium's headlining gig in Antwerp, Belgium, on Sunday night, where they're currently on tour with Power Trip and Venom Prison. Handily, Heafy was streaming the show via Twitch.tv.

“Security was actually doing great tonight,” Heafy writes of the encounter. “There were just so many crowdsurfers… so I jumped down to catch a dude… then jumped right back into the song! Ha! All caught on [Twitch].”

Take a look at the musician's heroic crowd-surfer grab, and let us know what you think in the comments. Would you drop your guitar mid-performance to help out an audience member? The Trivium leader certainly did.

Security was actually doing great tonight, there were just so many crowdsurfers… so I jumped down to catch a dude… then jumped right back into the song! Ha! All caught on https://t.co/3jrnjeRzcc pic.twitter.com/ZgQsrNYkBW

Watch more: Trivium's Matt Heafy gets his voice back