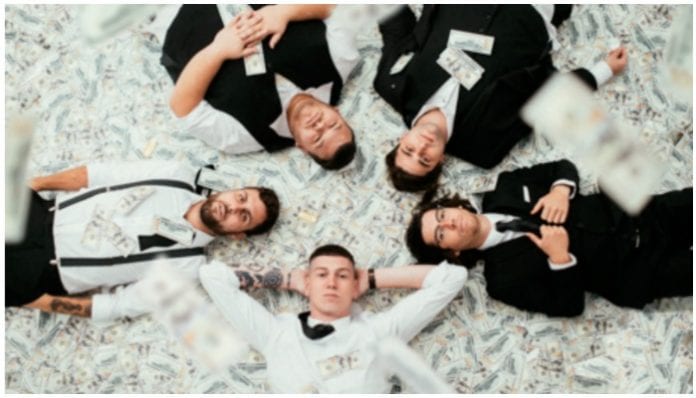 If you plan on joining the fun at the Groovin The Moo festival this weekend, Trophy Eyes are providing the perfect way to quench your thirst.

Following in the footsteps of many beer-loving musicians before them, the band are getting their very own beer for the festival.

The new brew was announced via the band’s Instagram page early this morning.

We teamed up with @cattleyardbrewingco to make our very own beer. Introducing: Trophy EyePA – Exclusive to Groovin The Moo Festival, Maitland.

The festival’s sponsor Cattleyard Brewing Co. is responsible for the band’s signature beverage. Sadly, though, the exclusive IPA will only be available at Maitland, Australia’s festival date this weekend.

The brewery details the beer as a “gem of an IPA [that] will quench your festival thirst while you watch the band live at Groovin The Moo.”

More on bands and beer

Trophy Eyes’ IPA follows other artists such as Panic! At The Disco, who had their own one-show-only beer in January, and Dance Gavin Dance, who dropped a collab last weekend

Deemed IP!ATD, Panic! first brewed a small batch at Asbury Park Brewery in March 2018 while out for their secret club shows teasing Pray For The Wicked.

The beer is described as featuring a strong malt backbone that’s complemented with a hop nose of citrus and pine. It also has a subtle bitterness that gives way to hop juiciness in the aftertaste, which is distinctive of an East Coast IPA.

Brendon Urie worked with Asbury Park Brewery co-founder Jeff Plate to nail what the frontman loves in a beer. The duo represented West Coast-style elements while also working in an East Coast element to reflect the brewery.

“I say this often, but beer really is my comfort food,” Urie says. “With all the traveling I do, it’s something I look forward to knowing I can usually find a local beer that represents the city I’m visiting or have one of my classic favorites for when I’m feeling homesick. For me, IP!ATD is a blend of both those feelings—uniting a familiar taste with something fresh.”

Tickets for the Maitland date of Groovin The Moo are on sale now, with the full slate of dates here.