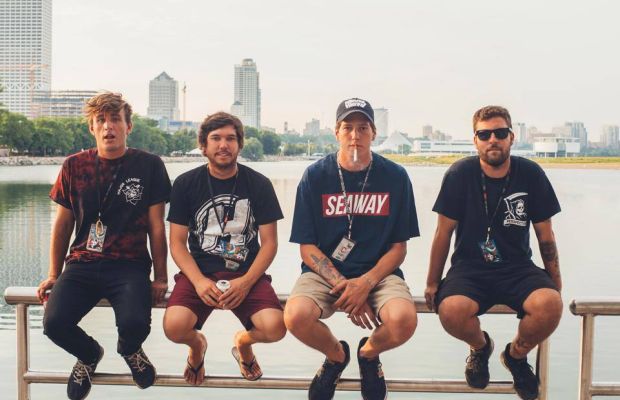 Trophy Eyes have released an emotionally raw track that is sure to tug on your heartstrings and hit you right in the feels. Give their latest track “Hurt” a listen below!

Read more: From Trophy Eyes' John Floreani's POV: What you miss when you're wishing for something else

“Writing Hurt was the most natural process I've experienced so far when writing a Trophy Eyes song” says vocalist John Floreani. “I ran from my shower, covered in suds and in nothing but a towel to record the idea for the chorus into my phone with my mouth. The rest of the song just wrote itself.”

“It was truly the first time I could say how I really feel in a song. Being able to portray the emotion, no matter the cost, has been a luxury for me of late and has been nurtured since I wrote my first Trophy Eyes song – holding back less and less with every release. With that, the musical accompaniment came naturally as well, as an almost cheery feel to an otherwise tragic song. I believe that was because of the freedom I felt when writing it. In many cases, this is the song Trophy Eyes has always been trying to write, and with the experimentation of Chemical Miracle opening doors for us in songwriting, we were finally able to express ourselves naturally and honestly.”

Trophy Eyes will be hitting the road later this month on their first ever North American headliner and will be joined by Free Throw, Head North and Grayscale. Tickets can be purchased here for the dates listed below.

What do you think of “Hurt”? Let us know in the comments below!