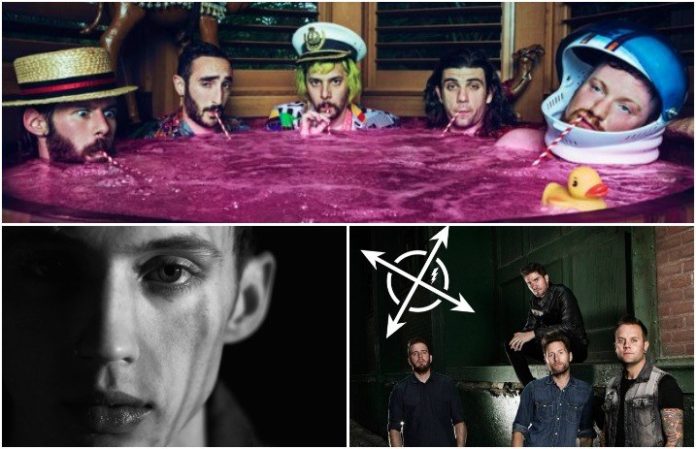 [Photo credit: Story Of The Year/Facebook]

Troye Sivan performs new singles “My, My, My!” and “The Good Side,” Nervus release new music video for “It Follows” and other news you might have missed today.

Read more: Did you know Matt Skiba was in ‘The Dark Knight’?

make your own version to win a copy of the album.#beyourownnervus https://t.co/eYGmkZ4OHf

LOL with us over the creative new Nervus video for “It Follows.” Send your own version of the video to Nervus for a chance to win a copy of their album Everything Dies.

Enjoy the new dreamy music video for “Jilt” by PINE. You can listen to their album Pillow Talk here.

Terror Universal dropped their new album Make Them Bleed this past week, and you can order the album here.

REMASTERED by @kcrummett ✅
SPIFFY NEW ARTWORK by YEAAAH! STUDIO ✅
THE FIRST TEMPLE VINYL HAS LANDED.
���� Preorder here: https://t.co/1X2UyBdckl
��A one-stop-shop for everywhere else is imminent pic.twitter.com/gZFyYsy3Tg

Closure In Moscow are releasing their album First Temple on vinyl, and you can preorder the album here. If you can't get enough of Closure In Moscow, they are going to be on tour this spring with Protest The Hero. You can check out the dates and cities for tickets here.

Story Of The Year have announced a March 16 show at Gramercy Theatre in New York City to celebrate their recently released album, Wolves. You can pre-order tickets this Friday, Jan. 26 here.