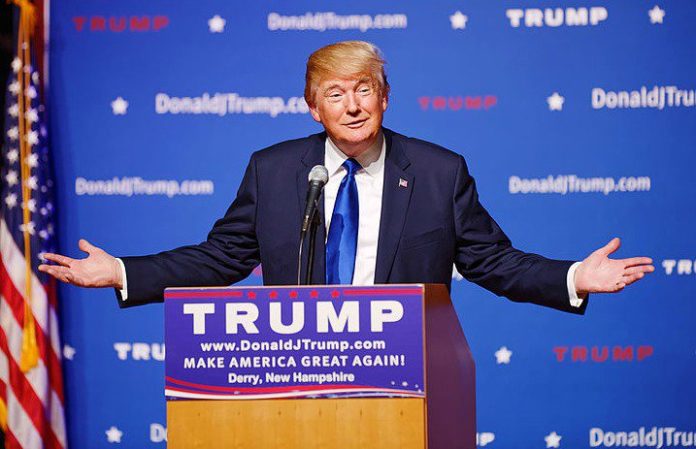 The Trump administration just announced a ruling that allows employers to opt out of providing free birth control to millions of Americans if it violates an employer or insurer’s “religious beliefs” or “moral convictions.”

According to the BBC, fifty-five million people benefited from the rule passed under Obama’s administration as part of the Affordable Care Act.

The rule will be effective immediately, reports Teen Vogue.

Read more: Here are the artists who participated in the historic Women’s March

However, this ruling has some major problems: It’s not only making it more difficult for people to maintain access to birth control at an affordable cost, with statistics showing that nearly 90 percent of people have used birth control during their reproductive years, but it’s also nearly crossing the permissible boundary between church and state, giving employers and insurance companies the right to deny coverage based on religious or moral objections.

Birth control is NOT CONTROVERSIAL. The vast majority of women will use it in the course of their lifetimes. #HandsOffMyBC pic.twitter.com/y60trN7aqz

Not to mention, it’s giving a group of men at the federal level the right to dramatically impact the lives and reproductive care of millions of Americans who depend on birth control and planning to prevent such things as unplanned pregnancies. Plus, birth control has essential medical uses for those battling endometriosis, Polycystic Ovary Syndrome and more.

Here's a list of COMMON MEDICAL CONDITIONS that require women to take birth control, irrespective of whether they are sexually active. pic.twitter.com/cESLTQuGkr

Halsey has been open about her battle with endometriosis, taking to Twitter earlier this year to explain how birth control is an integral part of pain management for so many people with reproductive disorders.

Birth control is an integral part of pain management for so many people with reproductive disorders !!!

“The roll back of the birth control mandate puts women’s health and lives at the mercy of their employers, insurance companies and schools. Without access to the full range of contraceptive options, women cannot ever be truly independent or equal in the United States of America,” says National Institute for Reproductive Health president Andrea Miller in a Teen Vogue report. “In particular, people of color, low-income individuals, youth, immigrants, rural residents, and LGBTQ populations will be disproportionately impacted by this new federal restriction on reproductive health care.”

The ACLU and National Women's Law Center have announced that they will sue the federal government over the decision.

Keep up-to-date with the impact of the birth control rule via the National Women’s Law Center:

We'll be continuously updating this thread about the impact of the birth control rule — stay tuned. #HandsOffMyBC https://t.co/BfuB0ll378

You have the opportunity to tell the Trump administration what you think about the birth control rollback through petitions via the ACLU, Planned Parenthood, ProChoice America and more.

Plus, the hashtag #HandsOffMyBC is trending on Twitter, keeping the conversation going and providing additional resources to fight the administration's ruling.

This is our future, and you have the ability to make a difference.