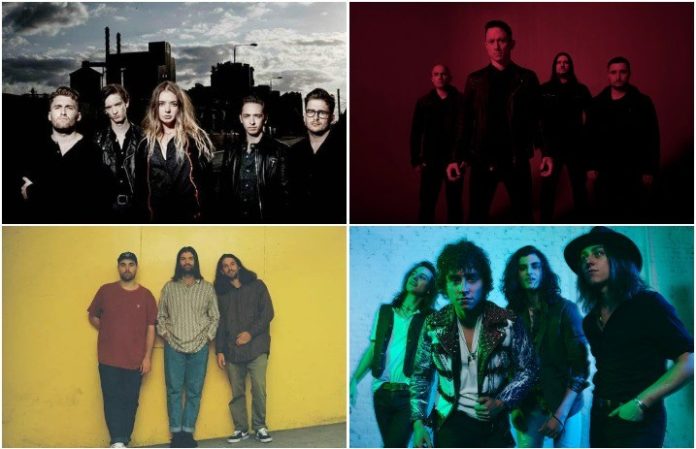 Watch new music from Royal Blood and Franz Ferdinand—plus, check out Marmozets' rescheduled tour dates. Check out the news you might have missed today below!

1. Greta Van Fleet to release a double EP, From The Fires.

We're beyond thrilled to announce the release of our double EP, ‘From The Fires.' We cannot wait to share new music with you all on Nov. 10! pic.twitter.com/uWlnpvckFl

It’s due out Nov. 10 and features four new recordings as well as four critically-acclaimed tracks from the band’s breakout EP Black Smoke Rising.

2. Royal Blood debuted their music video for “How Did We Get So Dark?”

“How Did We Get So Dark?” is the title track for their most recent record, out now.

3. French Metalcore outfit Out Of My Eyes has just announced their first tour in support for their forthcoming album.

We're stoked to be back on the road early 2018 to present our new songs! UK and Belgium come hang out! More news coming soon… pic.twitter.com/OD1O129iLP

The five day short tour will take place in UK in late January and will be the first of several planned tours throughout the year. The band's label debut will be released in early 2018.

The band released the title track of their fifth studio album as well, with their new record due out Feb. 9.

5. Northlane debuted an acoustic version of their track “Solar.”

The track is taken from the band's most recent album, Mesmer, which is out now.

Following yesterday's news, here are the rescheduled dates. If you can't make these dates, we'll refund your ticket; thanks Marmz family ❤️ pic.twitter.com/TFPzxS0BO2

The band explained that vocalist Becca MacIntyre has developed Bronchitis and a respiratory infection.

7. Trivium debuted a new music video for “Thrown Into The Fire.”

The track is taken from the album The Sin And The Sentence, available now via Roadrunner Records.

“Super Natural” is taken from the band's new album Good Nature, out now via Run For Cover Records.