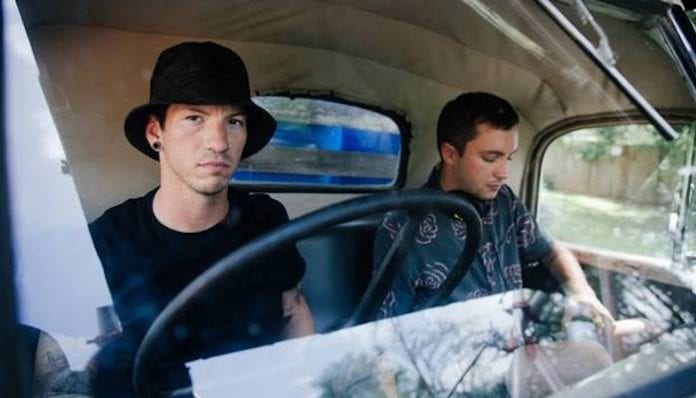 twenty one pilots have just unleashed their new music video for “Chlorine” following a new letter from Clancy .

Just earlier today, the duo teased their forthcoming music video for “Chlorine.” The teaser let on that the new music video would be coming tomorrow. However, the band surprise-dropped the video this evening instead.

In a tweet, the band announced that they couldn’t wait to drop the video any longer.

The music video features Josh Dun and Tyler Joseph filling an empty swimming pool with a garden hose. However, it doesn’t take long for the video to take a strange turn.

You can watch the new music video below.

TØP’s Bandito Tour kicks off in Europe later this month.

What do you think of twenty one pilots new music video? Let us know in the comments below.