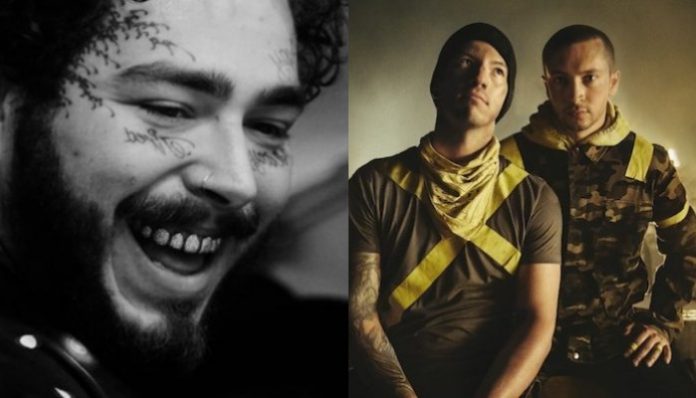 Shania Twain gave a subtle shout out to Post Malone, twenty one pilots and more during her 2019 American Music Awards performance.

The iconic country artist did a rendition of “Stressed Out,” “rockstar” and more during her set.

People on Twitter were shocked to hear the medley from the country singer. Check out clips of her performance below as well as a few viewer reactions.

Post Malone leads with the most AMAs nominations at seven followed by Ariana Grande and Billie Eilish with six nominations. Lil Nas X is up for five awards with “Old Town Road” falling into “Collab of the Year” and continuing to break genre barriers with a “Favorite Song – Pop/Rock” and “Favorite Song – Rap/Hip-Hop” nods.

Panic! At The Disco and Halsey follow with three nominations each. Panic! faces off with Eilish and Imagine Dragons for “Favorite Artist – Alternative Rock” as well as BTS and the Jonas Brothers for “Favorite Duo or Group – Pop/Rock.”

Movies also got recognization as Lady Gaga and Bradley Cooper’s “Shallow” is up for “Collab Of The Year” and A Star Is Born faces off with Bohemian Rhapsody and Spider-Man: Into The Spider-Verse for “Favorite Soundtrack.”

Green Day also performed in celebration of 25 years of Dookie along with Eilish, the Jonas Brothers, Halsey, Kesha, and Malone with Ozzy Osbourne and Travis Scott.

Check out the full list of AMAs winners here.