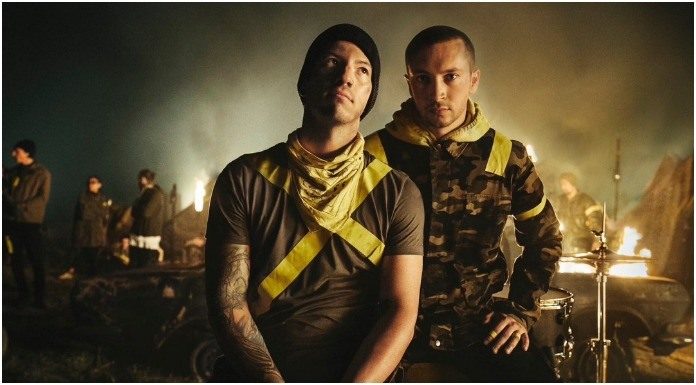 It’s time to wake up, Twenty One Pilots have returned.

Last July, the band announced that they would be going silent by posting a picture of assorted lyrics and a photo of a closing eye, and today, the band have officially made their return.

After receiving notes from Clancy, breaking their year-long social media silence, putting up billboards of their new look and making every fan just a little stressed out, Twenty One Pilots have ended their silence with two new songs, “Jumpsuit,” and “Nico And The Niners.”

The band dropped the new track earlier this morning, which marks the first taste of new music from the band since 2016’s release of their single “Heathens.”

Watch the video for “Jumpsuit” below:

Listen to “Nico And The Niners” below:

The two songs are taken from the band’s forthcoming album, Trench, out Oct. 5 on Fueled By Ramen.

Are you excited for this new era of Twenty One Pilots? Sound off in the comments below!