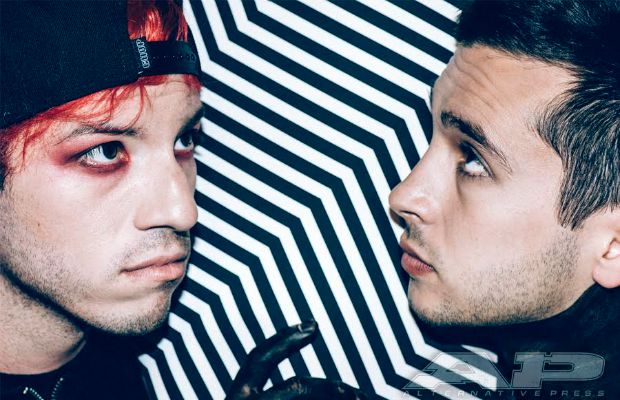 Twenty One Pilots have had quite the year so far as they've won their first Grammy for “Best Pop Duo/Group Performance” with “Stressed Out” and they've also been killing it on The Emøtiønal Røadshow tour.

Now the band has a new accomplishment to add to their huge trophy case, Blurryface has been officially certified 3X Platinum by the RIAA.

Blurryface was the band's fourth album and peaked at No. 1 on the Billboard 200, along with featuring some of our favorite Twenty One Pilots' songs including “Stressed Out” and “Ride.”

For an album to be certified 3X Platinum by the RIAA, it has to sell 3,000,000 units. Units consist of one album sale, 10 track downloads or 1,500 streams from something like Spotify or Apple Music. The band's 2013 release Vessel was certified Platinum.

In addition to wrapping up their hugely successful American leg of The Emøtiønal Røadshow Tour, Twenty One Pilots’ “Heathens” has been continuing to break records. Billboard reported last month that the song has spent 28 weeks at No. 1 on the Hot Rock Songs chart, breaking the record previously held by Walk The Moon’s “Shut Up And Dance.”

If you're in New Zealand or Australia, then you're in luck, because the AP 342 cover stars are on their way over to you! Check out the dates below!