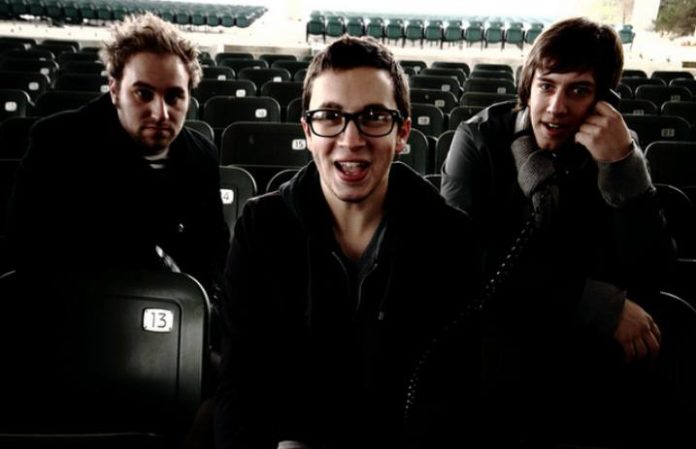 Read more: 12 amazing Twenty One Pilots tattoos you have to see

One of the first things talked about is the debut self-titled Twenty One Pilots album, which is the only TOP album to feature original members, Chris Salih and Nick Thomas. When asked about how much of the music came from Tyler compared to other members, Salih commented, “the lyrics were always Tyler and I think that's pretty clear. I wouldn't even know a percentage because I haven't heard a lot of those songs in years because to me that album is really old. It's almost looking back at your high school pictures and thinking, why did I wear that?”

This wouldn't be the first time Salih made that high school comparison as he also made it again when he was asked about what he thinks of Twenty One Pilots' new music compared to the music he worked on with the band.

It might be our biggest dream, along with the biggest dream of every TOP fan that we might get some more old music from the early days, but what Salih said almost broke our heart.

“There's always stuff sitting somewhere that was recorded and never made it out. There's stuff Tyler's shown me, that I thought was pure genius, that he deleted, which makes me sick to my stomach.”

We want to know what this “pure genius” music sounded like!

It's hard to imagine Twenty One Pilots going under any other name but can you imagine if they went by the name Bicycle Thief or Chill Coat? Because they almost did!

“We were on a couple of things. We were almost bicycle thief, which I think that there's a band already called bicycle thief so that may have been the first thing we didn't do. We were almost chill coat. Actually, the attorney that I use for my business now is chill coat law. It's funny because Tyler knew of his name and thought it was cool so we were kinda going back and forth on that.”

Salih also opened up on the financial reasons behind why he left TOP. In his original statement written when he left the band back in 2011, Salih wrote “There are absolutely no hard feeling in this. It is purely a financial decision. It is my goal to stay closely involved with Twenty One Pilots in the months and years to come.” In the podcast, he mentions how he needed repairs for his car along with his father telling him that it might be time for him to get a full-time job.

You can listen to the entire podcast below and you'll definitely want to!

A limited edition reissue of Twenty One Pilots' first cover story EVER will be available in The Box v 1.2, which you can check out all the details for here!

What did you think of the interview? Let us know in the comments!