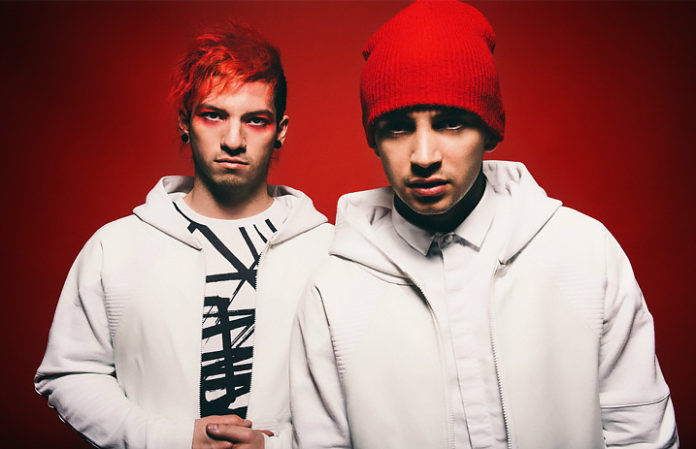 Reddit says it won't tell Atlantic Records the IP address of a Reddit user who posted a link on the site of Twenty One Pilots’ single “Heathens” a week before the song's planned release.

The Twenty One Pilots track, which was the lead single for the Suicide Squad soundtrack, leaked nine days before its scheduled release of June 24. This was done through a Reddit user, “twentyoneheathens,” who shared a link to third-party file-sharing website Dropfile.to, which housed the unreleased track.

Atlantic filed a complaint to the Supreme Court Of The State Of New York asking the court to have Reddit reveal the posters IP address. They stress that the leak proved detrimental to not only sales for “Heathens,” but the entire soundtrack as well.

Due to the top-secret nature of the release, Atlantic provided advance copies of the track to an extremely limited number of people, which included members of the band, their manager, Atlantic and Fueled by Ramen executives and members of Atlantic’s radio field staff. All who had access were barred from distributing the song until the scheduled release date.

Thus, Atlantic alleges that the song must have come from an employee, either directly to the Dropfile.to site or by providing another person with access to the song. In either case, the employee would have breached their contract and fiduciary duties, leading to significant legal action.

Atlantic’s claim is based on the belief that the user who uploaded the file to Dropfile is the same user who posted the link on Reddit. In court records, Reddit claims this has not been proven. “Atlantic does not describe the claims it would bring against a non-employee Reddit user who discovered the link on Dropfile.to and posted it to reddit.com without assistance from an Atlantic employee or an employee of Fueled by Ramen, the members of Twenty One Pilots, or their manager, each of whom had access to the song at the time of the leak.”

In addition, Reddit has noted that the file was uploaded from Dropfile onto Reddit, and the request for the IP address should be directed toward Dropfile instead. “Atlantic has failed to describe its efforts, if any, to obtain such information from Dropfile.to, the website to which the song was uploaded,” the document reads.

At this point, Reddit believes that there is not enough evidence to prove that the same person who uploaded the file onto Dropfile.to shared the link on Reddit, and that it was a person who already had access to the song.

In the document, Atlantic stressed that the label had heavily planned marketing efforts and expended substantial funds to promote the track and drive sales of the single and pre-orders for the album. This included agreements with Apple and Spotify for promotion on those platforms on the day of release and a music video that was to be released simultaneously with the single. All of those efforts and plans were derailed by the leak.

Atlantic has yet to respond to Reddit’s opposition, and the full court document can be found here.