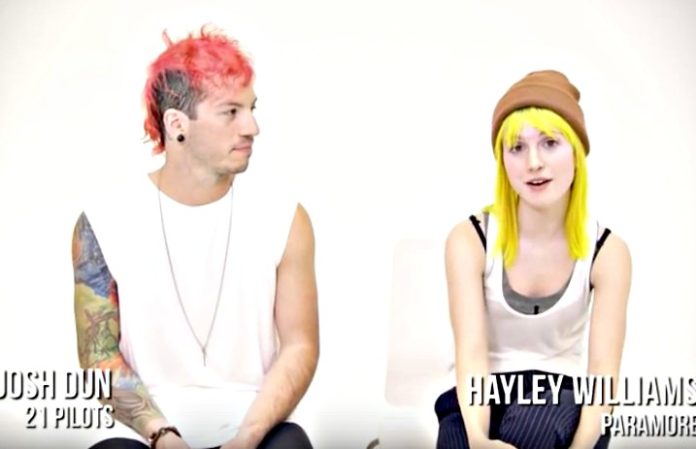 Hayley Williams and Josh Dun are no strangers to hair dye, and they've even embraced their colorful looks together before.

Dun and Good Dye Young also released a video commemorating the announcement, in which he states the endorsement “made so much sense.” You can watch it below!

Read More: 20 musicians who make us want to dye our hair

Dun went on to say say he feels “honored, especially coming from Hayley believing in her vision, and how hard she works too.”

After having used the product in the past and really enjoying it, he joked that he almost felt “forced to talk about it because of how good it is.”

Best of all, Dun concluded by saying he feels a special “unity” with fans around the world who also sport colorful locks. “[It's] super cool to share that connection,” he says

Congratulations to both Dun and Williams on having the Twenty One Pilots drummer join the goodDYEyoung team!

Read More: QUIZ: Which Hayley Williams hair era are you?