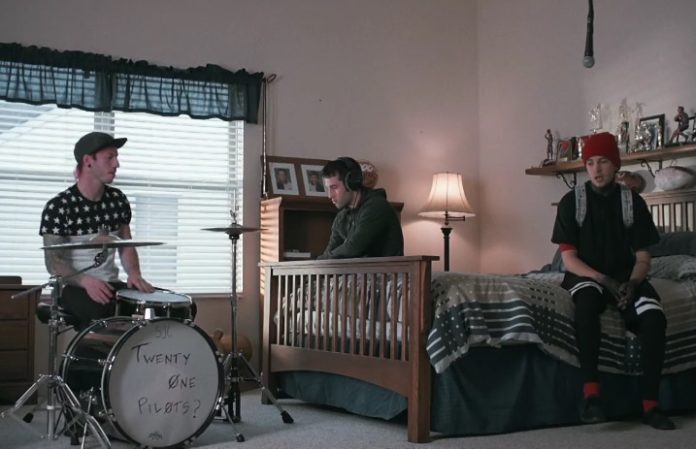 Ohio natives twenty one pilots are on the cover of Billboard’s latest issue.

During the duo’s interview, frontman Tyler Joseph briefly touches on Blurryface—a conceptual character who the band’s latest album is centered on.

Listen: Here’s what it would sound like if Halsey joined twenty one pilots

“Blurryface is this character that I came up with that represents a certain level of insecurity,” says Joseph.

“These symbols and having a narrative give people a reason to want to take in the whole album—not just one song. The concept of a single is still pretty foreign to us.”

Listen: This Green Day, twenty one pilots mashup has all the feels

Blurryface has become a synonymous entity within the band’s ever-increasing fanbase. There is even an ominous Twitter account dedicated to the character, which has over 100,000 followers, but no tweets.