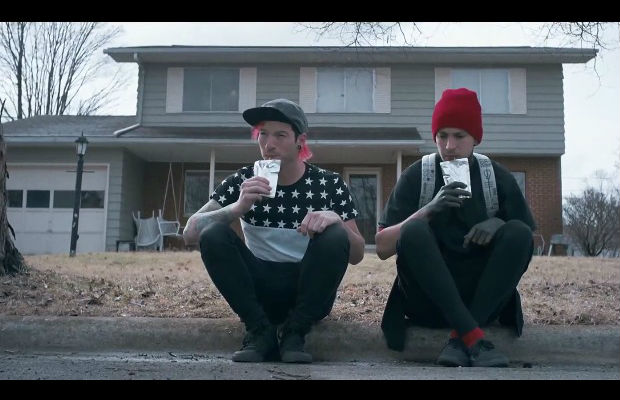 Yep, you read that right: Twenty One Pilots’ music video for “Stressed Out” has surpassed one billion views on YouTube, making it part of the “Billion View Club” that include some of the biggest names in music today.

The video was released April 27, 2015, meaning that in the short span of two years, the video has garnered this many views.

According to Wikipedia, which has a running list of the top viewed videos on YouTube, as of June 2017, a total of 66 videos have exceeded one billion views, 12 of which have exceeded two billion views. And Twenty One Pilots are part of those 66—an amazing feat.

Other videos in the “Billion View Club” include Psy’s “Gangnam Style,” Justin Bieber’s “Sorry” and Taylor Swift’s “Shake It Off,” which all happen to be topping the list with upwards of 2 billion views.

In case you need a reminder, here’s the video that we (and many, many other viewers) have fallen in love with:

The song has had some incredible successes, along with 2015’s Blurryface record as a whole. They won their first Grammy for “Best Pop Duo/Group Performance” with “Stressed Out,” and Blurryface has been officially certified 3X Platinum by the RIAA.

The band have plenty to celebrate, and they’re doing that right by bringing it back to where it all began. They’re currently on their Tour De Columbus, performing to their most dedicated fans in some of their most intimate performances in years. Check out footage from their first show back home here.

A massive congratulations to Twenty One Pilots! How proud are you of the band? Let us know in the comments below!