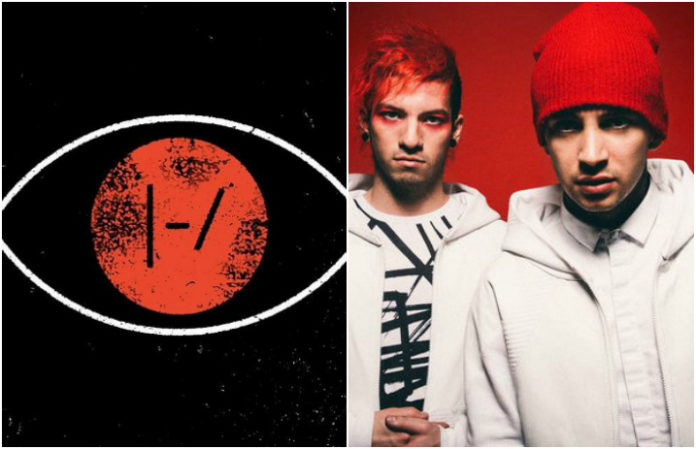 If their first teaser left fans in a frenzy, Twenty One Pilots are leaving them with even more questions after their updates following their initial post.

To start off, their social media teasers, they used lyrics from “Polarize.” They kept the streak going, quoting lyrics from other songs, laid on top of eye illustrations that gradually made their way from open to closed with each post.

Though it's not confirmed what these teasers mean, fans are speculating everything from a hiatus to a “reopening” of the eye to a new era. People noticed the littlest details—like why does the “o” change from “ø” to “o”? And what do the “-” in the “E” represent? We'll leave this here as speculation grows:

What do you think it could be?

Following their Tour De Columbus, marking the end of the Blurryface era, fans were left questioning what Twenty One Pilots would be up to next. Well, it looks like they're up to something following their cryptic teaser they posted to social media this morning.

“You'll have to come and find me,” the picture reads.

Read more: Twenty One Pilots’ “Stressed Out” music video has surpassed one billion views on YouTube

Of course, the teaser below doesn't show much—an image of plenty of Twenty One Pilot fans and both Tyler and Josh in the crowd, with a set of lyrics from “Polarize” printed backwards on top.

Yet no matter what it might be—a new song? Album annoucement? Tour?—fans are already making their speculations, and it's getting us all kinds of excited.

So if the eye is looking at us, then this is just blurryface watching us and letting us know he's never gone. You have to find him. pic.twitter.com/vZdpi3nvXk

me looking for clues pic.twitter.com/4941XJOJmq

Honestly we're just as excited/anxious/etc. as you are. But whatever this scavenger hunt might be, we're ready.

So what do you think it could be? Sound off in the comments below!