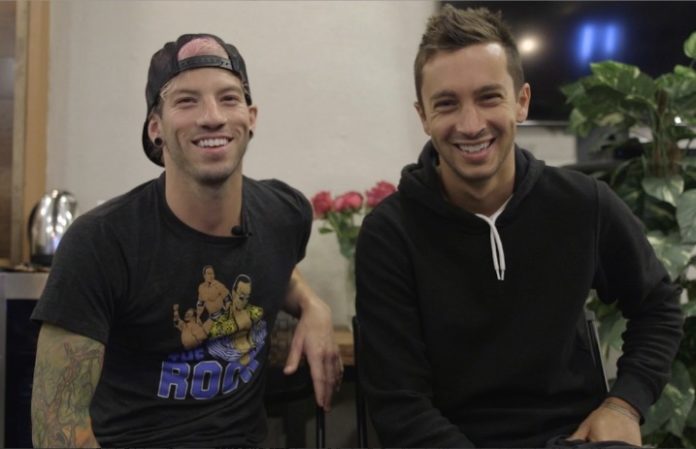 Ohio natives Twenty One Pilots have won Artist Of The Year, presented by Monster Energy, at the 2016 Alternative Press Music Awards!

“We're bummed that we can't be there because you're in Columbus, which is where we're from,” says Josh Dun.

Tyler Joseph adds, “We're honored to be involved, especially with all the other bands nominated with us.”

QUIZ: How well do you know the lyrics to “Car Radio”?

Following a fan vote, the band won over fellow nominees All Time Low, Beartooth, PVRIS, Fall Out Boy, Motionless In White, Panic! At The Disco, Real Friends, Sleeping With Sirens and Slipknot.

Twenty One Pilots are currently out headlining the Emotional Roadshow Tour where they’re selling out dates across the globe—including a gig at Madison Square Garden.

The band released their latest LP, Blurryface, in 2015, which is nearing Platinum certification.

This is Twenty One Pilots’ first Skully. Blurryface also is nominated for Album Of The Year, which will be revealed later this evening.